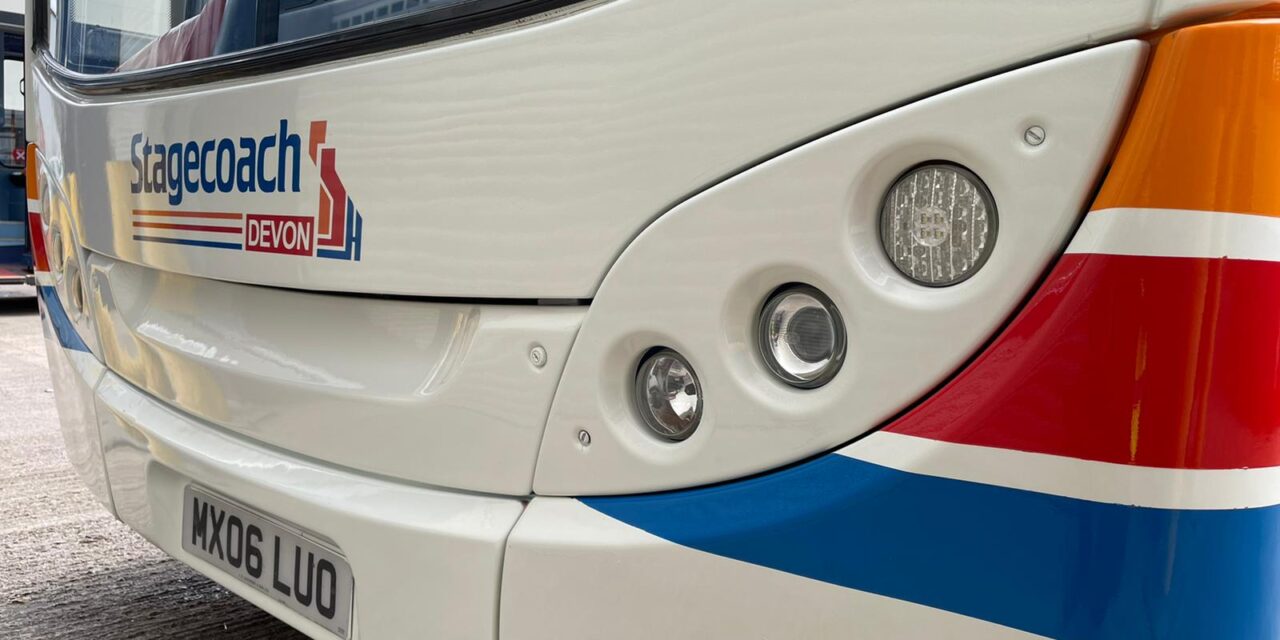 Stagecoach’s much-missed stripes are riding on our streets once more, as the operator celebrates 25 years of running buses in Devon.

It’s the livery we all miss almost unanimously – and the one we want to see back the most.

Now, Stagecoach South West has made all of our wildest dreams come true, as they celebrate 25 years of running buses in Devon. They’ve painted one of their Enviro400s (incidentally, a very early E400; numerically the earliest E400 in Stagecoach’s fleet if you don’t count the one-off Spirit of London) in the crisp, refreshing and breathtaking ‘Stripes’ colour scheme.

And what a looker it really is.

Launching into service around Devon on Monday 8 March 2021, the newly-painted bus cuts through the modern liveries of today like butter through a knife. We’re not usually fans of ‘heritage’ liveries here at Transport Designed – there’s a time and a place for nostalgia, and ordinarily, we’d argue that it isn’t for frontline service vehicles where the aim is surely to be forward-thinking in the name of attracting new customers. But we’ll make an exception for this particular example.

The eagle eyed amongst you may pick up on the fact that this latest representation is not quite perfect. The fleet names on each side are in completely the wrong place for starters – though the bodywork of the ADL Enviro400 may not be quite as accommodating here as say, an Alexander-bodied Volvo Olympian. The stripes are too far forward, too – historically, they were placed further back, with the blue chevron just kissing the back of the bus.

But it’s a damn good stab at a livery we all miss dearly. Thank you, Stagecoach.

All images courtesy of Stagecoach South West on Twitter.

Check out some more famous throwbacks…

Stagecoach’s Stripes livery took second place on our list of 10 bus liveries we really, really miss – take a look at the other contenders.