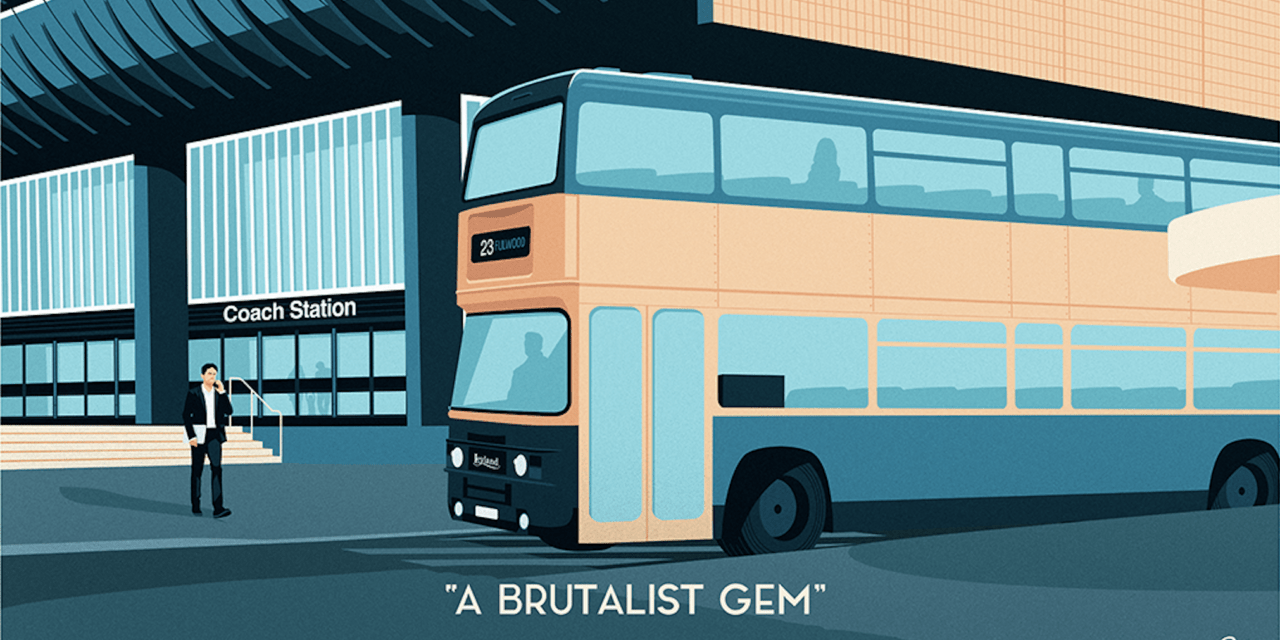 Preston’s Grade II-listed bus station is, quite simply, an icon.

A brutalist behemoth with a capacity for 80 buses in its heyday, it was designed by Keith Ingham and Charles Wilson of Building Design Partnership, and built by Arup and Partners between 1968 and 1969. Recently redeveloped and revitalised, the historic building was threatened with demolition in the early 2000s, until it was finally awarded Grade II listed status in 2013.

Now, to celebrate this superb structure in all its delightful glory, local designer Dave Robinson has brought Preston bus station to life in a series of stunning ilustrations.

A local lad, Dave has found no end of inspiration all around him in his home city. Speaking to Transport Designed, Dave tells us his work is also heavily inspired by travel posters from the 1940s and 1950s, which he aims to emulate in his contemporary illustrations to create a feeling of pure nostalgia.

Though ultra modern, Dave’s work also manages to feel retro at the same time, thanks to the added noise and grain effects combining to create that ‘worn’ aesthetic.

Buy prints of these works and more on Dave Robinson’s online store – and check out the rest of Dave’s work over on his website. You can also follow him on Twitter, too – do it now!