Nottingham City Transport discusses the phenomenal year in which it launched 53 biogas buses and won multiple awards, and reveals how the expertise and dedication of Passenger helped the municipally owned team modernise a service with a 140-year heritage.

At the time of writing this story, Nottingham City Transport (NCT) was closing out what had been nothing less than an exceptional year.

In 2018, not only did the municipally owned operator celebrate 140 years of existence (the company’s first ever horse-drawn carriage having left the stables back in 1848) but NCT also won three golds at the UK Bus Awards, taking home trophies for Top National Bus Driver, Top City Operator and the Environment Award.

The latter was bestowed for what is arguably NCT’s greatest 2018 success: the rollout of 53 biogas double deckers – the largest fleet of its type in the world.

“We’ve spent 2018 working to lower emissions, become greener and present a better example of what a bus operator can and should be to the world,” says Anthony Carver-Smith, Marketing Manager at NCT. “That means thinking environmentally, investing in people and modernising with technology that makes it easier for people to plan and pay for their journeys.

“And that’s where Passenger comes in. Passenger is a pioneer in the bus industry – no other solution matches the ease of use of the product or the professionalism and sector knowledge of the team that builds it. Alongside everything else, Passenger has been a large part of what’s made 2018 so successful a year for NCT.”

The shift to digital payments

Prior to partnering with Passenger, NCT worked with a local development team on an initial mobile ticketing solution. The operator launched its first app with the dev team in 2010, but found that the team’s knowledge, or even willingness, to innovate beyond the product’s early stages simply wasn’t there.

“We were referred to Passenger, and our initial meetings immediately revealed that this was a team that truly understood the bus industry – not just where it was at the time, but where it was headed next,” says Carver-Smith. “Almost immediately we commenced upon the relationship that has continued on to this day, and the first version of the NCT Passenger app was launched in 2013.”

Since that time, NCT has observed a sea change in the way that its customers interact with and pay for its services.

“Mobile ticketing has made such a big difference to the people using the bus,” says Carver-Smith. “NCT has a no-change policy, so if customers want to pay with cash they have to find the exact money.

“But with mobile ticketing from Passenger, any consternation caused by a lack of exact change is completely gone. Customers can pay with debit cards, credit cards, Apple Pay, Google Pay – there are so many more options to pay and board, including the option to buy a ticket and gift it to another individual.”

Alongside Easyrider and Robin Hood smartcards, Passenger mobile tickets are a root cause of the reduction in cash payments on NCT buses: 85% of all journeys are now paid for using a non-cash method. “Only 15% of our customers use cash to board an NCT bus and that number keeps falling year on year,” says Carver-Smith. “The way people interact with buses is changing – has changed – and Passenger’s role in that transition is undeniable.”

Alongside mobile ticketing, one of the major deployments implemented by Passenger for NCT was real-time service updates for customers awaiting a bus.

“Bus reliability is an incredibly important consideration for the industry,” says Carver-Smith. “It’s always been a problem – one of the major reasons people refuse to consider the bus as a viable alternative to the car is that they don’t possess the confidence that the vehicle they need will turn up on time. To some potential customers, that means the danger of losing control over their personal timetable.

“Today, we have the technology to eliminate those fears. The majority of NCT bus stops now have displays which track vehicles and predict when the next bus is going to arrive. Customers can also check their phones and receive direct, instantaneous updates about potential disruptions or issues happening along their service.

“When we implement Passenger’s Live Buses in 2019, which goes one step further by tracking the actual physical location of a route’s buses on a map, our customers will feel even more informed, reassured and in control. They’ll be able to more carefully manage their timetable without the fear of not knowing what their bus is doing or where it is.”

Keeping customers informed in this way is a major factor in NCT continually growing its market share.

“There’s been a national decline recorded in bus usage. Overall, the number of people travelling by the bus in the UK keeps falling,” explains Carver-Smith. “However, NCT has been able to buck that trend – we now have the second-highest bus use per capita. Passenger and its real-time information has played an important role in getting us here.”

Supporting the back office

To ensure that this real-time information is kept up to date and relevant to those seeking to use it, NCT employs the behind-the-scenes back-office data platform Passenger Cloud.

“Passenger Cloud is used every day, all day, from start to end,” says Carver-Smith. “Our previous approach to inputting transport data was lengthy and laborious. Now, using Passenger Cloud, the process is much faster and simpler. We can be up and running quickly and be confident that the information customers need is distributed correctly.”

Alongside network and revenue management, NCT also uses Passenger Cloud to address customer queries, with the system having been rolled out to the entire customer services team.

“Passenger Cloud fundamentally runs ticketing, the NCT network and customer feedback – it’s a fantastic, multi-level piece of kit,” says Carver-Smith. “We can sort out a complimentary ticket using the same platform as that used to deal with an issue or help a customer with a query. The flexibility of Passenger Cloud across multiple sections of the business is vital to NCT’s day-to-day operations.”

“Not your typical supplier-client relationship”

“When it comes to Passenger and the benefits of using that service, it’s really not just about the technology and its applications – the people that actually create that technology are a very important piece of the puzzle too,” continues Carver Smith.

Since the launch of the app in 2013, the NCT and Passenger relationship has grown closer as both companies find new ways to address the needs of the tens of thousands of bus users that ride across Nottingham every week.

“It’s not a typical supplier-client relationship,” says Carver-Smith. “What we have with Passenger is very much a partnership; one in which we share joint initiatives, joint discussions and joint ideas.

“The important thing is that Passenger actually challenges us and pushes us outside of our comfort zone – and that’s absolutely a positive thing,” he continues. “We come to the table with ideas and suggestions that are very much from the bus operator’s perspective, but we’ve had more than a few conversations where the Passenger team have challenged us to see things from the customer’s viewpoint; one that operators can sometimes lose when working right in the thick of things.

“Having that fresh pair of eyes isn’t just beneficial. It’s imperative. Passenger doesn’t simply take a brief and do what we say. They come at us with different ideas. They guide and inspire us. They shape concepts from the standpoint of people who actually ride the bus and have a deep understanding of the systems and databases that run them. It’s not a traditional relationship, but it’s a very good one.”

As NCT moves into 2019 and the last decade before its sesquicentennial, the company has a lot to be excited about.

The upcoming year will see the launch of contactless and the hop-on-hop-off model of travel across NCT’s vehicles. There’s also the potential of 67 more biogas buses being added to the operator’s already world-leading fleet.

“We’re also going to launch QR codes for our Passenger mobile tickets,” says Carver-Smith. “That will make the process of boarding even easier for our customers, while enabling us to capture data that we can use to further optimise our routes and the network they belong to.

“We’re extremely pleased to have Passenger along with us on this ride,” he concludes. “It speaks volumes that we’re willing to work with a company that’s hundreds of miles away from us to implement this technology. And that’s because, despite the distance, Passenger works fast, remains in constant communication and is simply the best multi-platform supplier working in the bus industry today. And that’s a fact.” 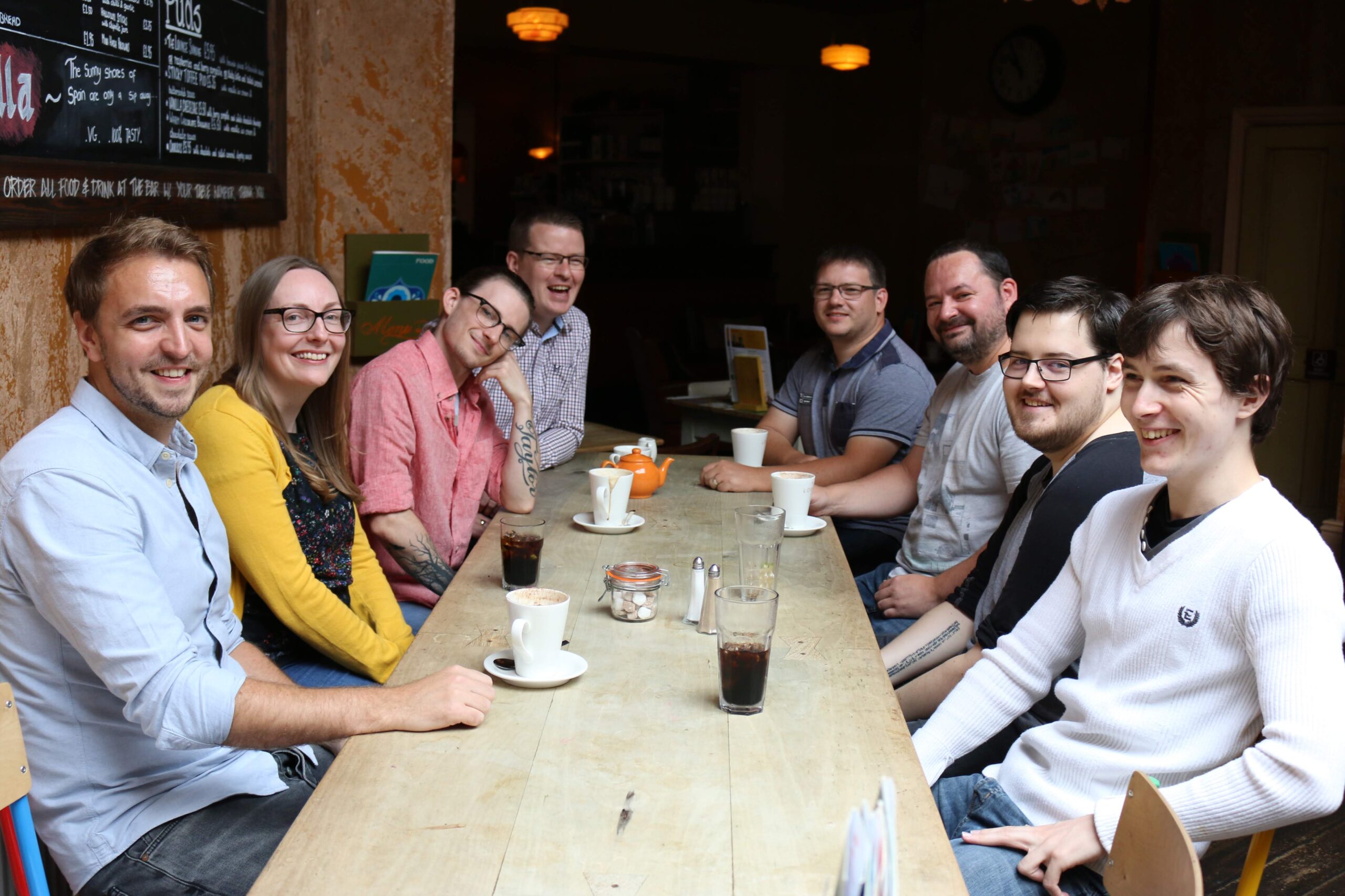