Get ready: it’s time to Zap 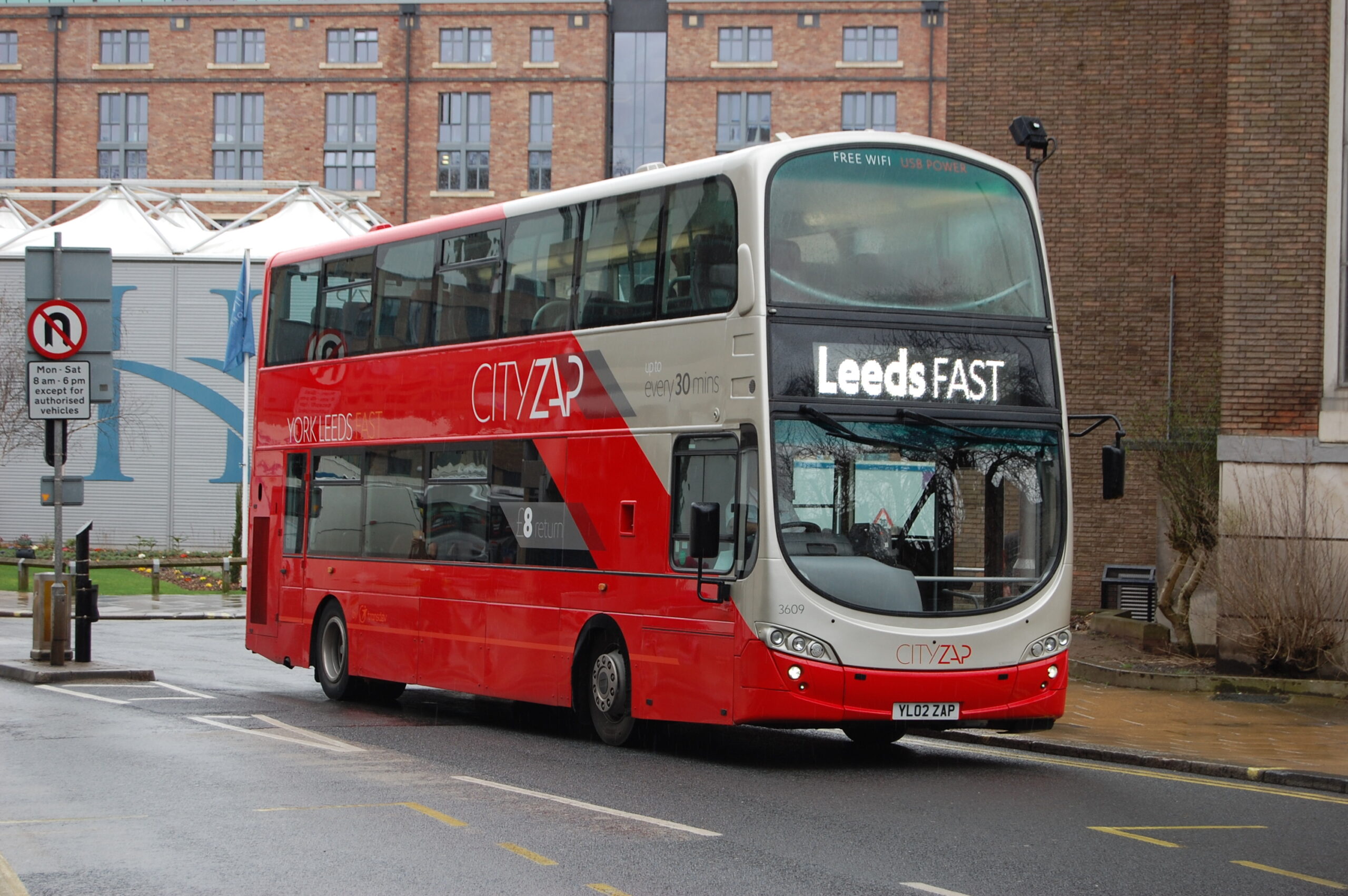 Transdev recently launched their hotly-anticipated CityZap service between Leeds and York – we went Zapping for a day to find out what all the fuss is about!

First thing’s first: CityZap is a route like no other. At first glance, it’s simply a conventional double-decker bus connecting two large Yorkshire cities every 30 minutes. But, take a closer look, and you realise that actually, it’s not a bog-standard double-decker at all – and the route between the two cities is anything but ‘conventional’!

Making creative use of specially-fitted ‘ZAP-Nav’, CityZap ‘zaps’ between Leeds and York seven days a week, supplementing the already well-established Coastliner service on the corridor between two of Yorkshire’s most populous cities. However, where Coastliner is restricted to a conventional, all-stopping standard route, CityZap is free to choose whichever way it fancies, enabling it to travel between the two cities in just 40 minutes. On the day we sampled the service, for example, roadworks were causing delays on the York Road out of Leeds city centre – CityZap, free of a route set in stone, was free to divert around the traffic, instead taking the A63 and M1 out of the city – just like you would have done in a car. 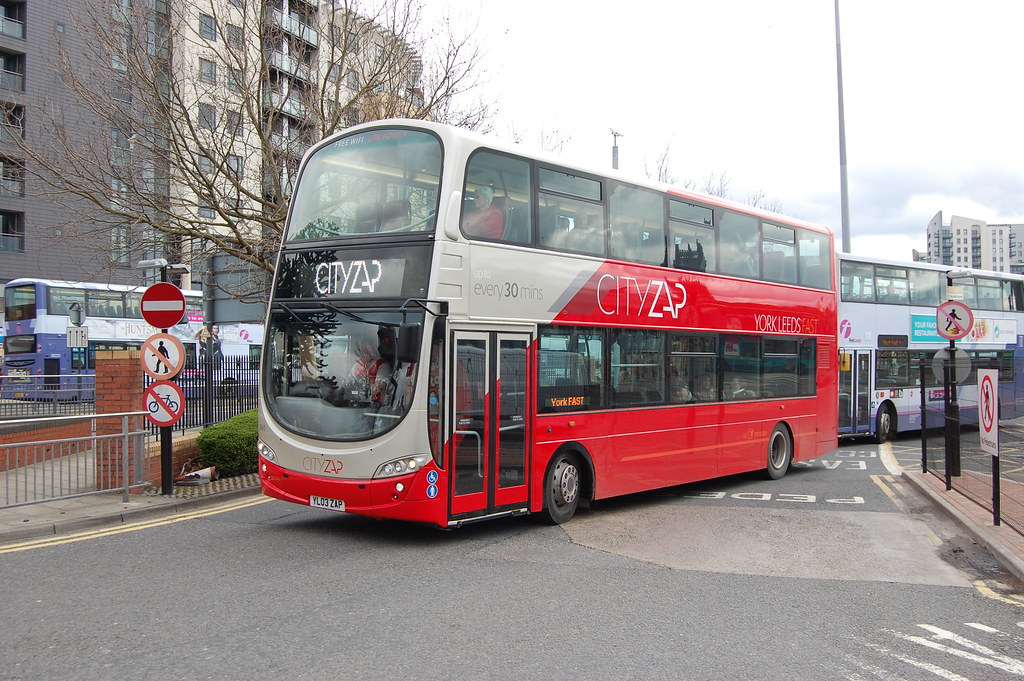 If you saw our recent review of First Manchester’s new identity for Vantage, their flagship busway services in Greater Manchester, you’ll remember that we spoke about how that particular brand lacks focus. There’s no clear message; nothing to spell out the benefits of jumping on board.

Fortunately, CityZap suffers from no such identity crisis. It’s crystal clear what this brand stands for: speed.

‘YORK LEEDS FAST’ plastered across the side and rear of the vehicles, and reflected on the white LED destination displays leaves nothing to the imagination. Even by virtue of the name, it’s clear that you’re going to be transported between Leeds and York – fast. Messaging across the printed marketing collateral and interior cove panelling is reassuringly simple: “your driver can choose the quickest route – just like the car, only better”. 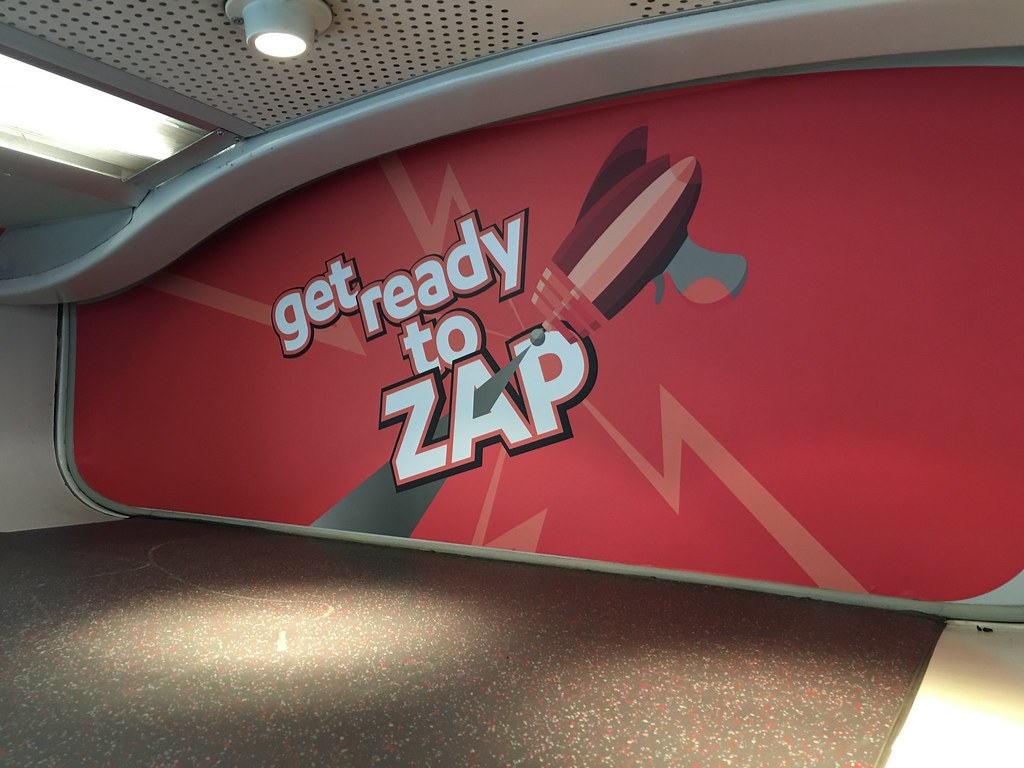 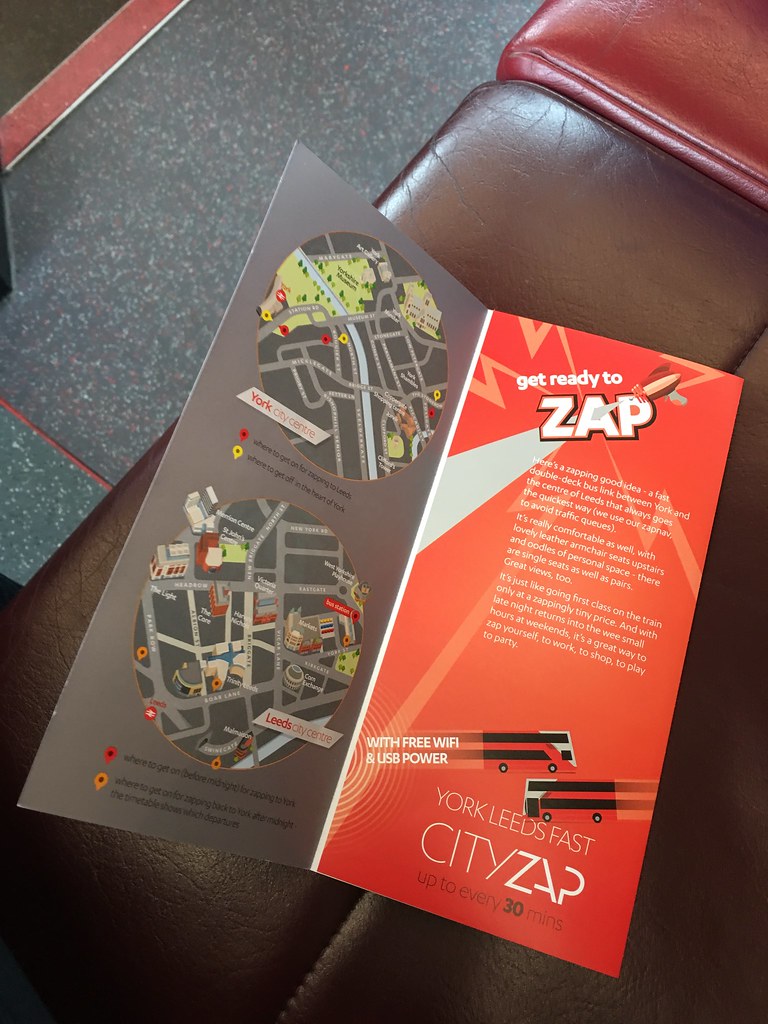 For the livery, Transdev needed to create something rather special. Something new and fresh to burst onto the scene and announce CityZap with a bang, whilst at the same time without detracting from the popular Coastliner brand. Enter Ray Stenning and Best Impressions, with a striking, angular, bright red and shining silver livery in Transdev Blazefield’s new diagonal house style.

Interestingly, Transdev’s most recent liveries have been directly influenced by the angular lines of the spectacular Wright Streetdeck / Gemini 3 body profile. In creating the brand for Harrogate’s recently-relaunched ’36’, Alex Hornby (CEO, Transdev Blazefield) wanted a livery which would sit well on the particularly non-curvaceous lines of the Gemini 3 bodywork.

The design and attention to detail of the CityZap livery, as ever with Best Impressions, has been painstakingly executed. The little triangle of red paint which flashes across the Gemini’s blacked-out staircase glazing is a masterstroke – it would have been all-too easy to miss this, leaving an unsightly black encroachment into the diagonally-aligned band of red. Metallic silver finishing throughout the printed collateral picks out little details, such as the arrows in the timetable and the miniature CityZap-liveried vehicles zapping around inside!

There are scuffs and scrapes in places, particularly along the window sills and across the flooring, but you would only notice these if you were looking for them. The B7TL engines, more used to trundling down rural country lanes than hammering down the A64 at nearly 60 miles per hour, are starting to sound a little rough in places, which does make you question how much longer they’re cut out for this kind of assignment. That said, these battle-hardened old workhorses can still cut the mustard – they still put most modern double deckers to shame! 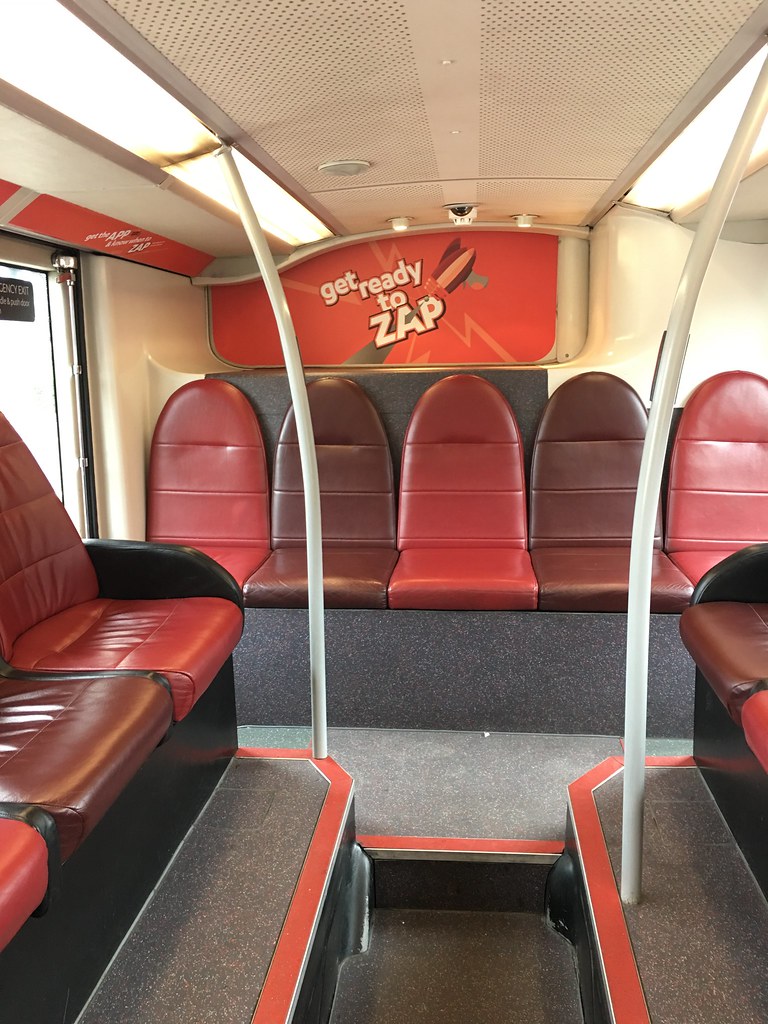 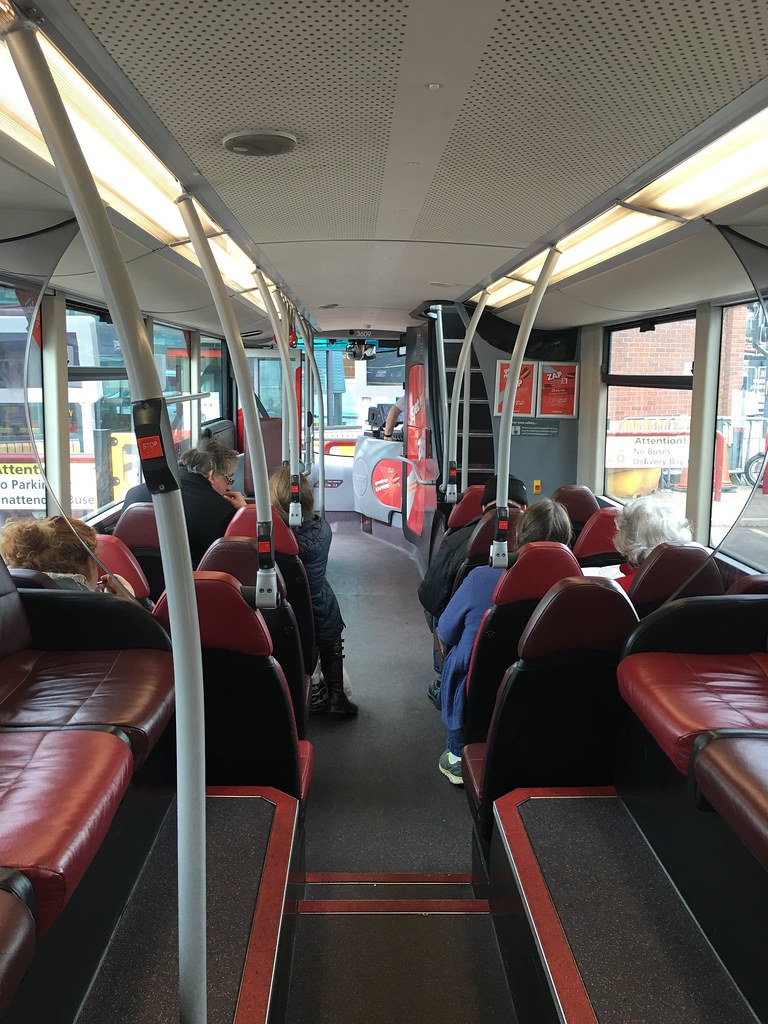 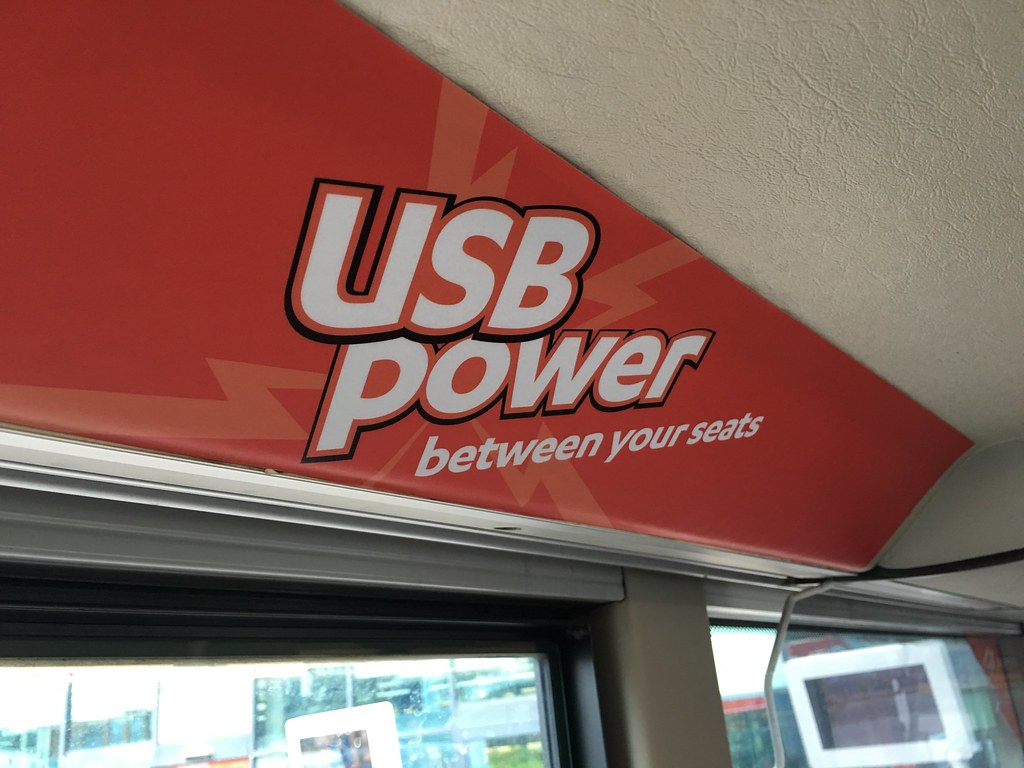 In spite of all of the above, you could argue that everything we have mentioned so far is cosmetic. There’s the fundamental idea to transport customers quickly between two Yorkshire cities. There’s a good business case for using tastefully refurbished vehicles. There’s an excellent brand which is well designed and exquisitely executed. However, none of this really matters without one key ingredient. The brand, the livery, the interiors, the wifi, the leather seats – they’re all pointless. That key ingredient is people. People make all the difference.

In the same week we sampled CityZap, we also tested Vantage, just over the Pennines in Greater Manchester. In terms of the customer experience, however – Vantage might as well have been on a completely different planet.The Vantage drivers, and indeed all of the First / TfGM staff on the ground during launch week were friendly enough, but it all felt very forced – very corporate.

The ‘welcome’ on board Vantage isn’t a welcome at all. The driver is shielded by quarter-inch thick bulletproof plexiglass, with a small portal for the purposes of sticking your money through and taking your ticket. The safety of drivers is of paramount importance – there’s no question about that – but are assault screens to this effect really needed all day, every day?

The atmosphere onboard CityZap, by contrast, is worlds apart. The interior messaging (greetings, Zappers!) is friendly, personable, and entirely unforced. The same goes for the drivers, who wear prominent name badges, bespoke uniforms, and real, genuine smiles. They clearly love working for Transdev – and this creates a feeling of magic about the service which almost cannot be described. It feels different. It feels special. 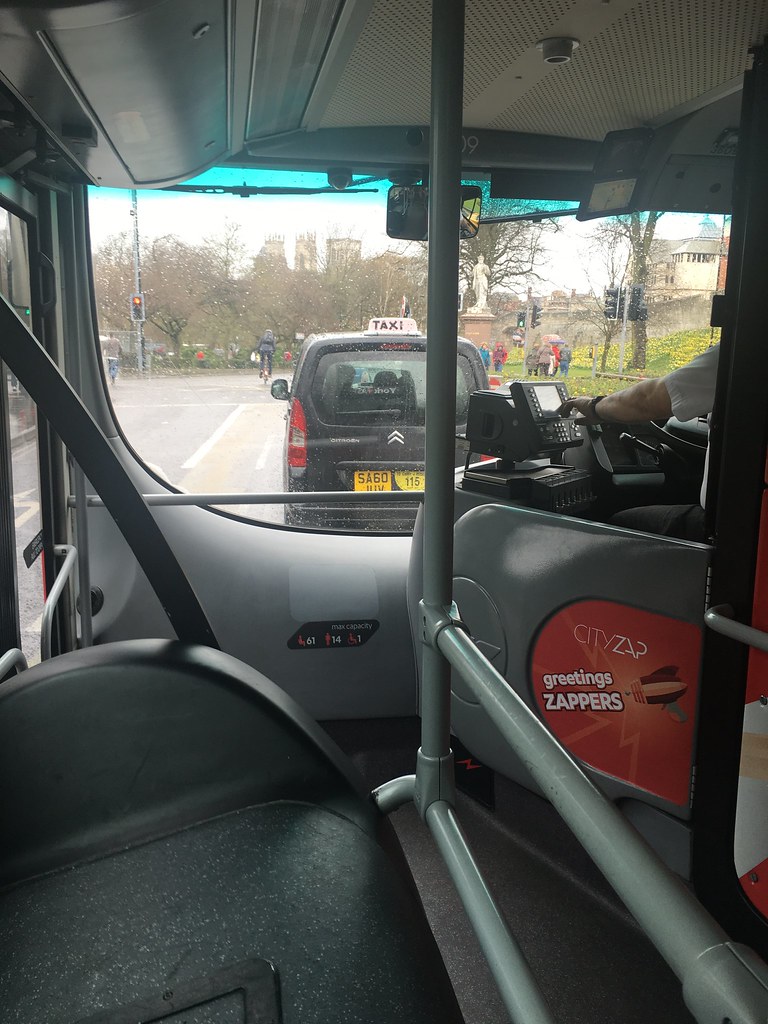 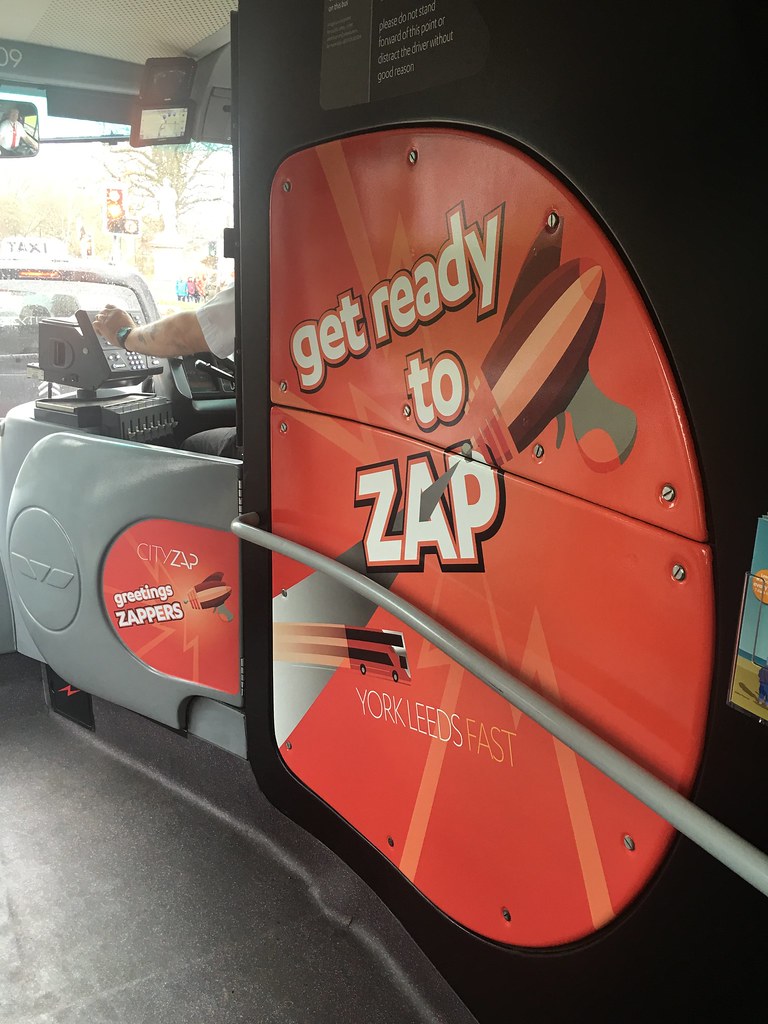 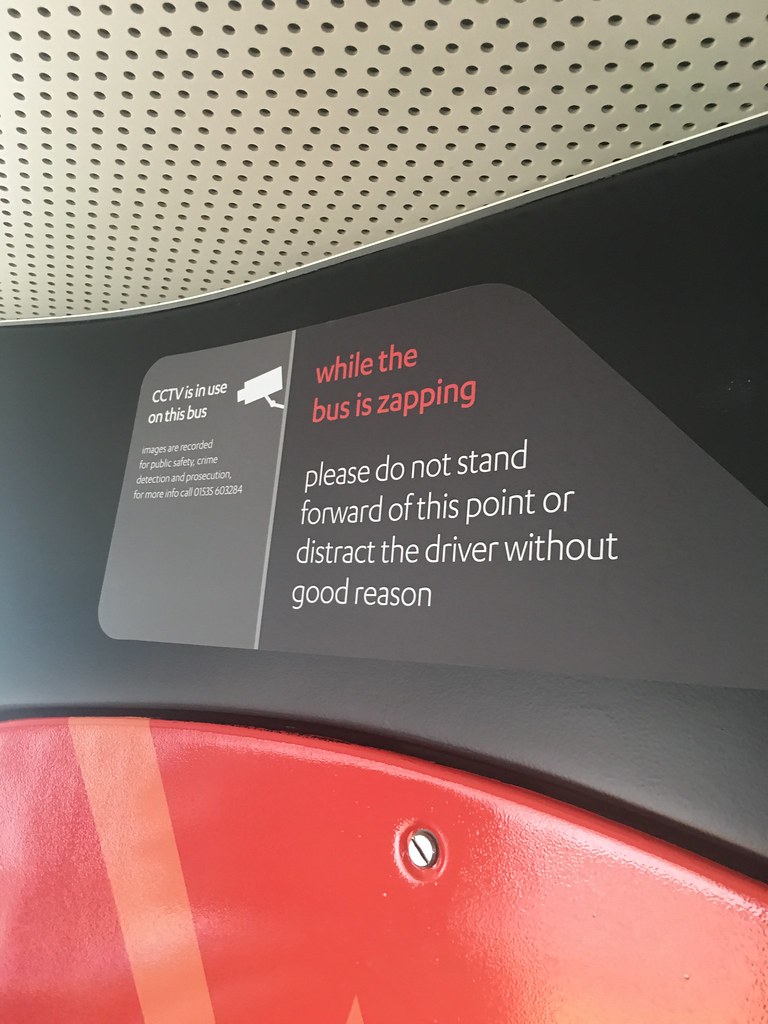 CityZap feels almost like an entirely new mode of intercity public transport. It’s clearly not a regular bus service, but neither for that matter is it a proper express coach service. It feels like Transdev is dipping a toe in the water with this one; trying to determine the size of the market before upgrading and expanding the offering at some point in the future.

The CityZap experience provides regular commuters between York and Leeds with a compelling enough reason to ditch old habits and switch to the bus. Whether CityZap can really flourish and tempt them away from their rail season tickets will depend on effective targeting with the right messaging, at just the right time. And at present, that message should be…

Who would choose a crowded Pacer over this? 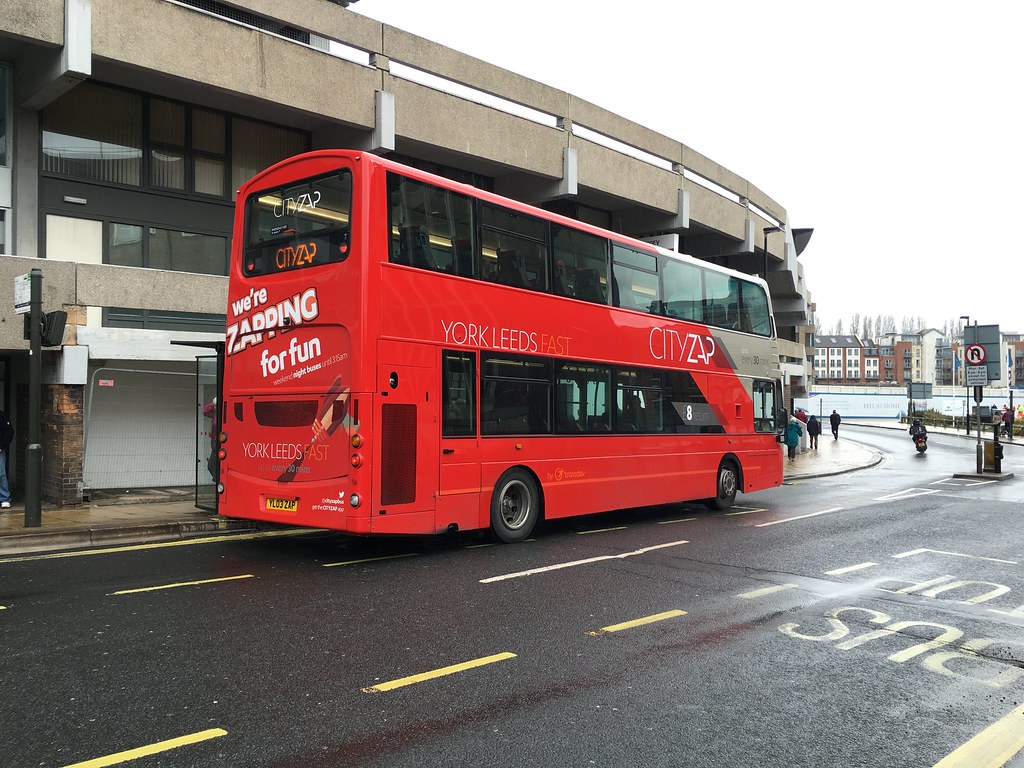 Have you tried CityZap yet? What did you think? We’d love to know – write in the comments below, or drop us a tweet @transportdsn.