Red or Black? The pioneer is officially back.

Back in 2003, a bus company from Yorkshire blew apart the UK bus industry when it revealed the first of 12 brand new ‘twin-deck’ vehicles at Birmingham’s NEC. At a time when even wheelchair-accessible vehicles were a rarity, here was a company who had brazenly specified buses for its route between Leeds, Harrogate and Ripon which could just as easily have been at home on an episode of Pimp My Ride. Full leather coach-style seating, an innovative GPS-driven passenger information system, and a stunning black, red and chrome livery courtesy of designer Samantha Beeley were the new order for passengers on the 36.

Transdev Blazefield’s flagship 36 officially launches to the public on 24 January 2016. The company has invested £3.3m in 14 brand new Euro VI-engined Volvo B5TLs with Wright’s striking Gemini 3 bodywork. The vehicles – much the same as the original B7TLs for Blazefield in 2003 – have been specially kitted out for the relaunched 36.

Alex Hornby, Transdev Blazefield’s CEO, explains the investment. “The 36 is a very special brand and one we’re extremely proud of. It really was a pioneer in bus travel back in 2003 when it launched the UK’s first leather seated twin-deck buses. It set the ultimate standard in local bus travel and we’re so excited to be trailblazing once more with these amazing top of the range vehicles”. 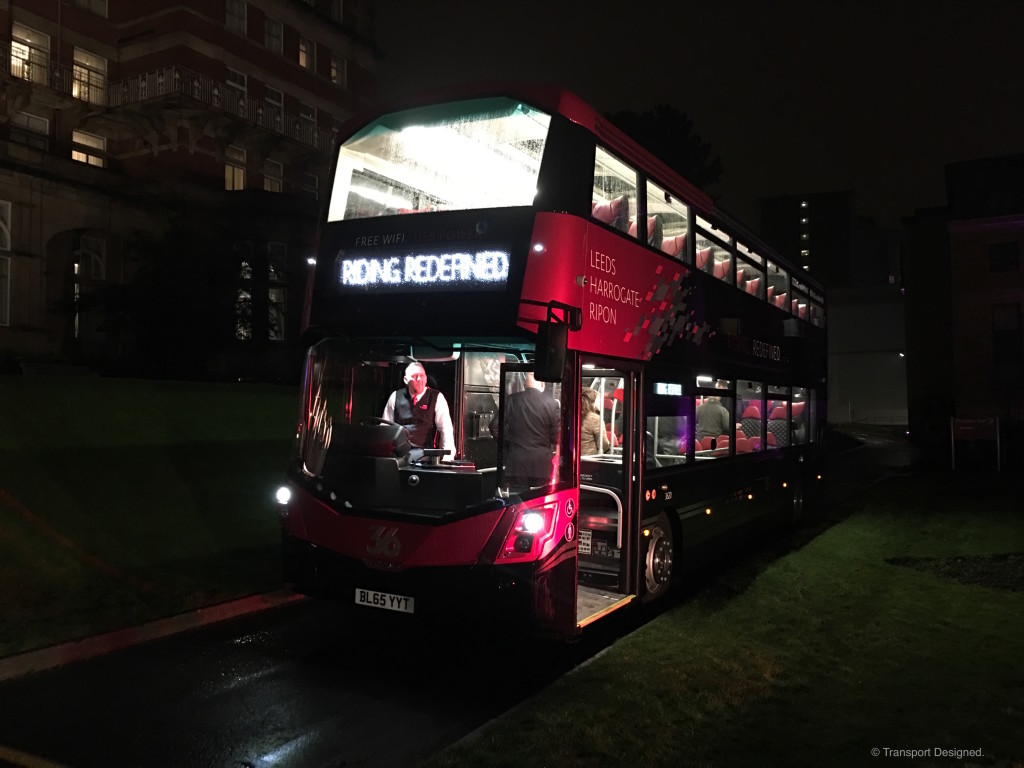 As you would probably expect, these are no ordinary bog-standard double deckers.

Stepping on board the new 36 is like climbing into the back of an S-Class Mercedes. There’s space – and lots of it. There’s calming, tonal LED light, which bathes the interior in a soothing white hue, rather than blinding customers with harsh fluorescent yellow. And there’s the the overpowering smell of crisp new, beautifully-sculpted, stitched and quilted leather. Shades of black, red and grey are in abundance, laced with signature elements of exquisite branding courtesy of Ray Stenning’s Best Impressions.

Seating on the lower deck is more conventional than that of the 2+1 coach seating arrangement on the upper deck, although the Esteban Civic V3s are by no means any less luxurious themselves. It is entirely evident that the emphasis onboard is on space, rather than sardines – each seating bay has ample legroom, particularly those at the rear on the lower deck. In fact, Transdev have even done away with the traditional backwards-facing seats over the rear wheel arches, replaced with a ‘workstation’ to compliment the four seats across the rear (no five people squashed together across one bench here!).

Double glazing, free 4G wifi,  wood-effect flooring, and a state of the art in-built passenger information system are also present as standard on each vehicle. 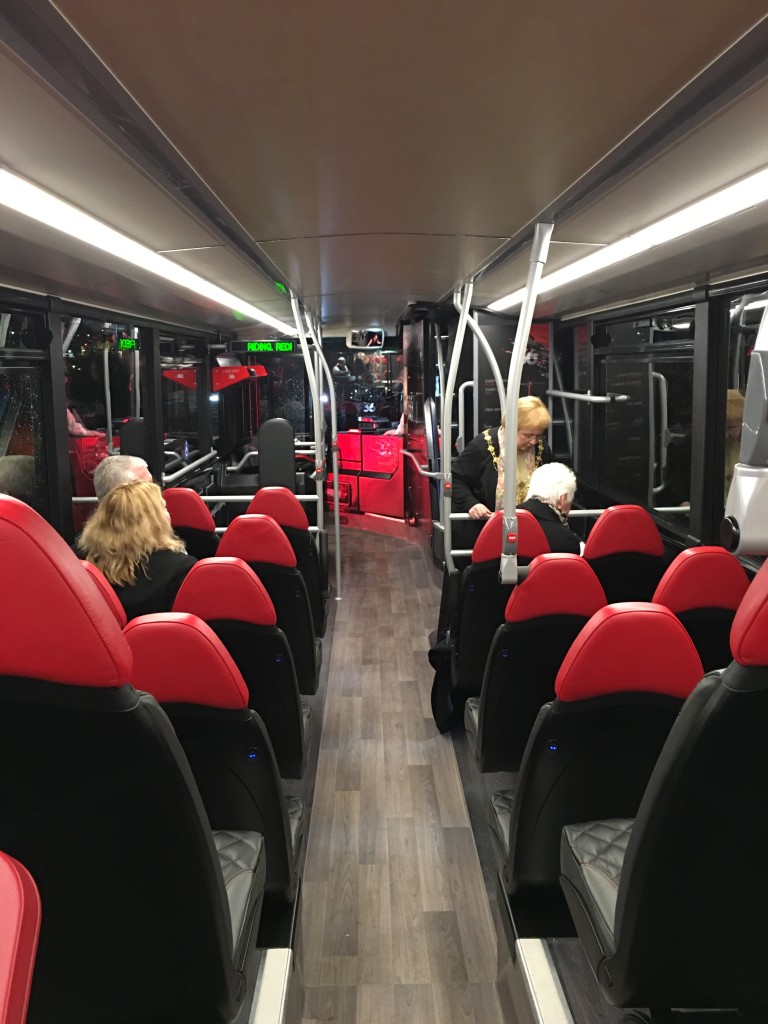 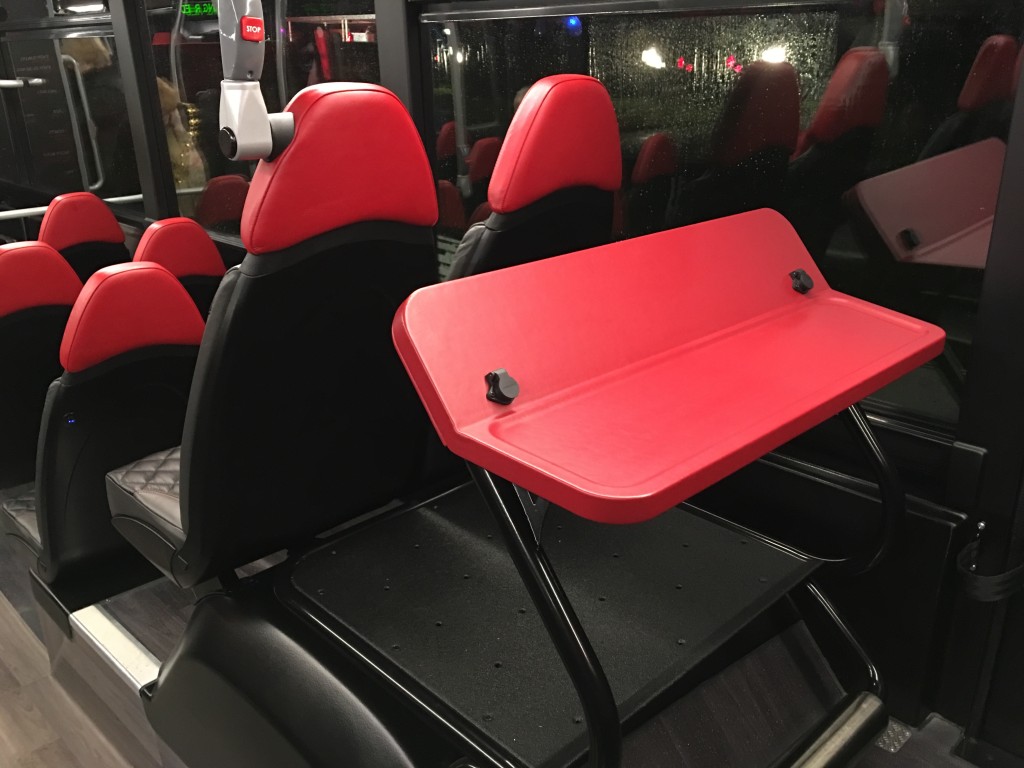 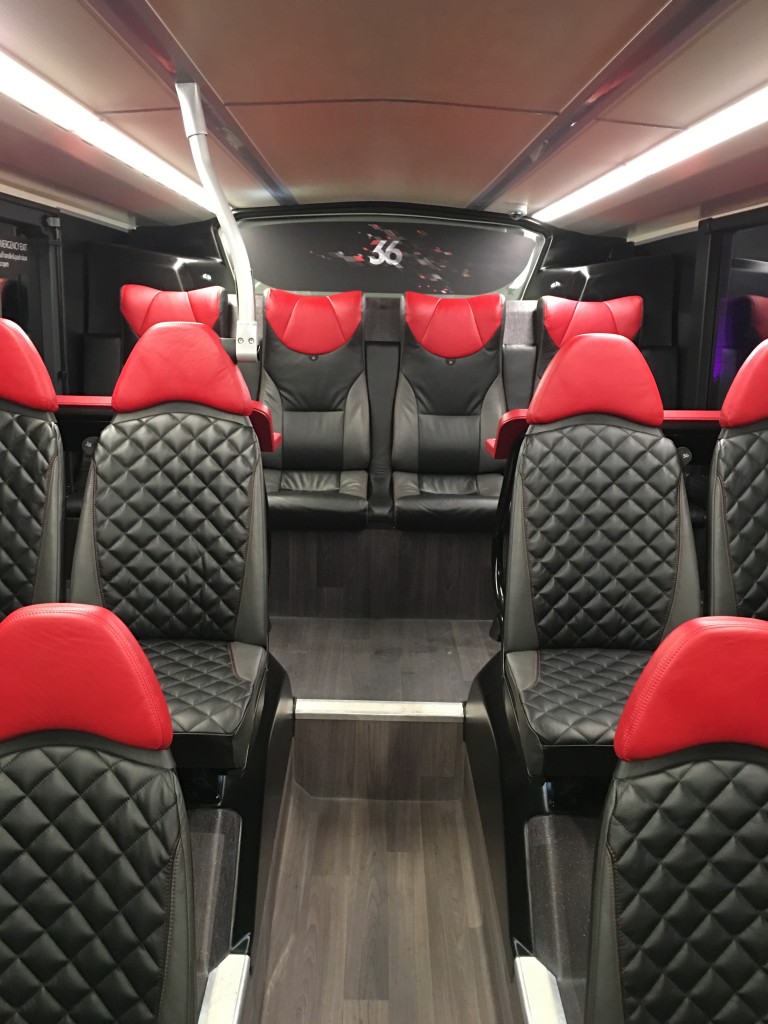 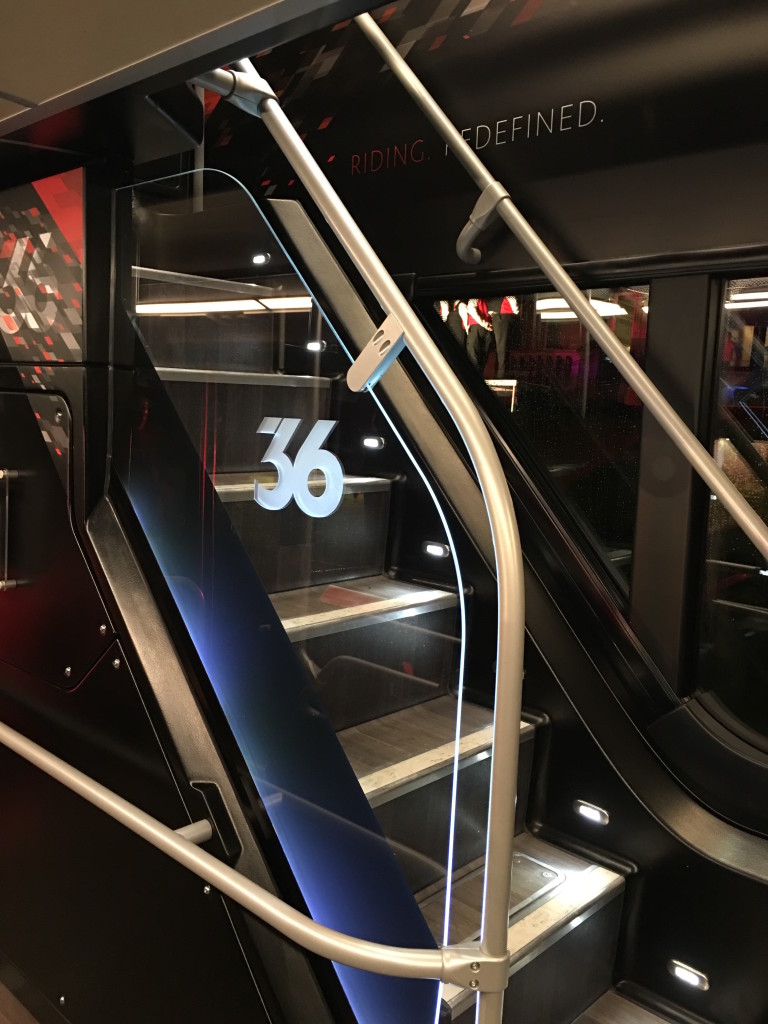 Moving towards the upstairs, there is a beautifully-lit straight staircase, flanked on either side by columns of curved glass which give a surreal impression of airiness as you ascend. Gone are the cramped, dark staircases of conventional double-deckers, replaced with something which would actually be quite at home in well…a modern family home!

The 2+1 coach-style seating arrangement upstairs is the complete antithesis of ‘cattle class’ travel. In fact, there are deliberately few seats upstairs, because the emphasis here is on personal space. One of the biggest barriers in tempting people out of their cars is the lack of personal space found on conventional buses, and it’s clear that this is a direct assault on the car’s ‘trump card’.

The glass roof, of course, is the real talking point about the upper saloon. The effect is staggering – never before has the upper deck felt so special. The windows on the top deck are shallower on the Gemini 3, an unfortunate side-effect of Wright’s desire to reduce the overall weight of the Gemini 3. However, the glass in the ceiling more than compensates. Staring up at the stars and the night sky through the roof of a double decker is incredibly surreal. It’s practically a planetarium! 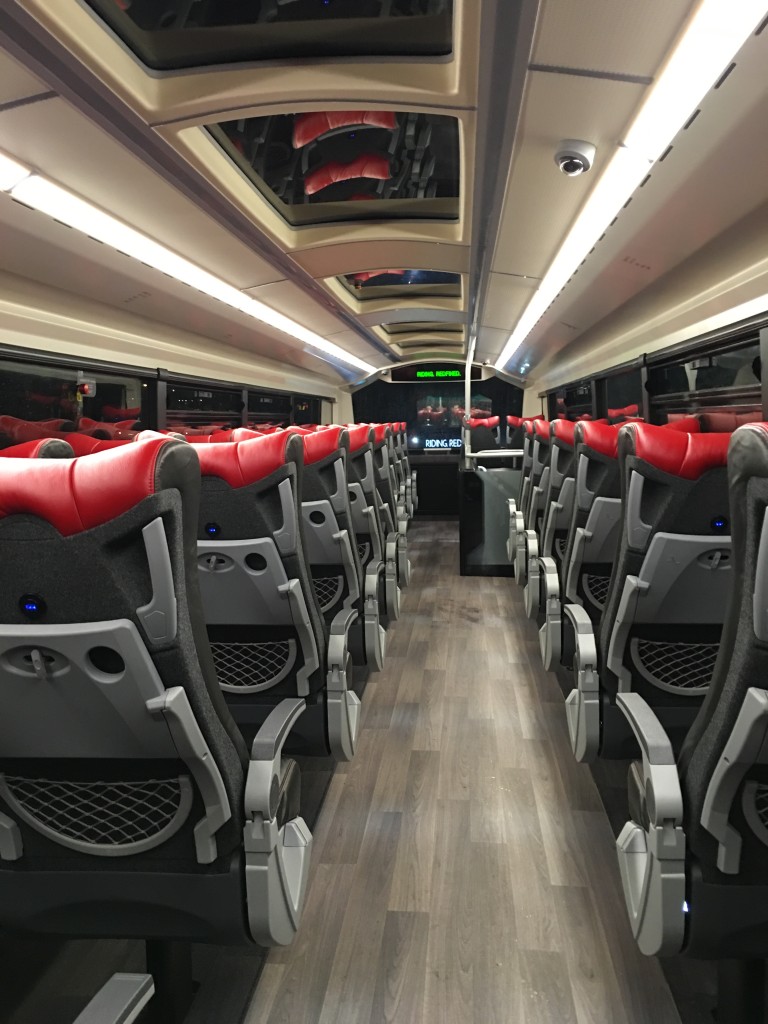 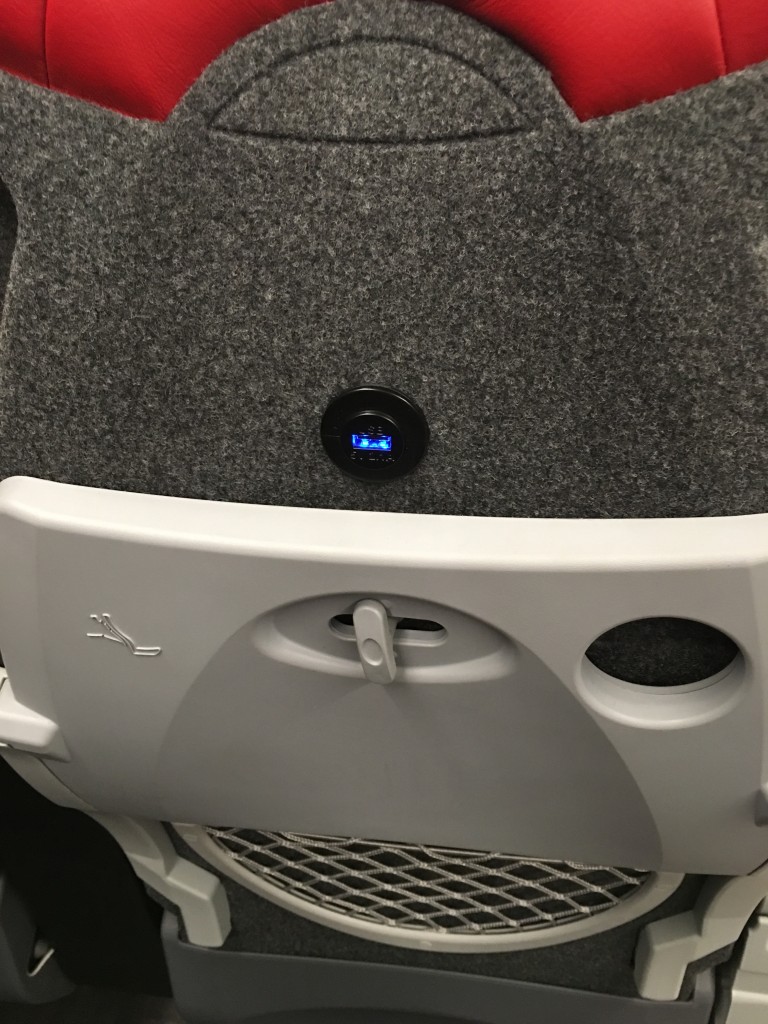 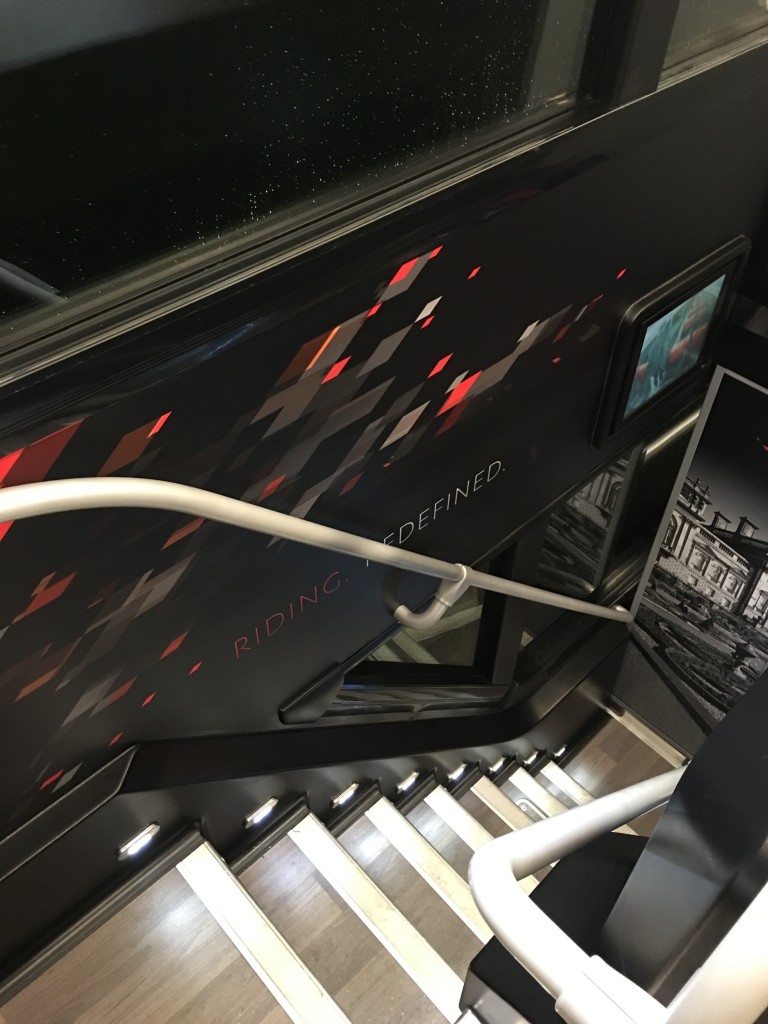 Of course, the vehicles are all well and good. Right now, you might be thinking that 4G wifi, USB charging points, coach-style seating and elegant branding are starting to appear all over the country. It’s only a matter of time before glass roofs and quilted leather start to appear elsewhere. So how exactly is the 36 redefining bus travel?

The vehicles, you have to recognise, are simply the storefront. The big window display. The icing on the cake. Brand 36 is about much more than the vehicles themselves. People – that’s #team36, as well as the customers – are well and truly at the heart of 36.

Features such as Library 36, personal tables and USB charging points are not simply gimmicks – each element has been carefully crafted to persuade the customer to feel connected to the brand.  In his opening speech at the VIP launch event, Alex Hornby touched on the company’s desire to make their customers feel proud of the vehicles they’re travelling on. Each and every detail seeks to maximise comfort, to aid productivity, to provide just as much, if not more personal space than is available in the car. Essentially, to create desire.

Enter Ray Stenning and his team at Best Impressions. 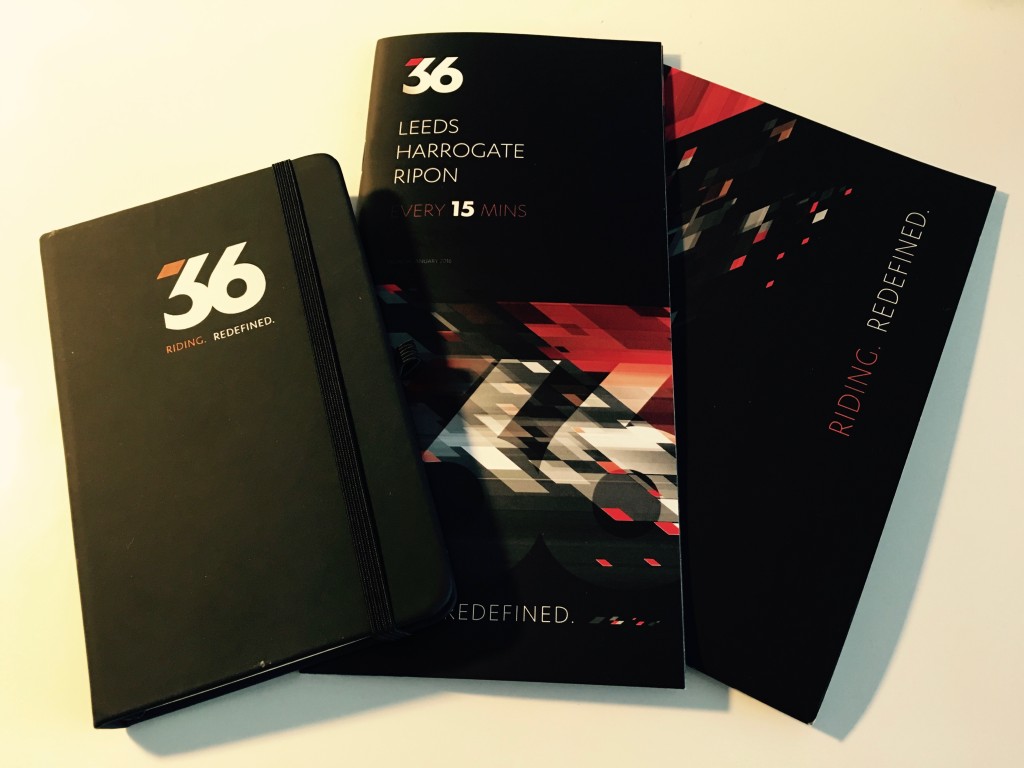 Best Impressions have been churning out a great deal of high-quality work lately – see ElectriCity in Bristol, Red Arrow in Nottingham, and the King’s City in Winchester to name a few. However, you would be hard pressed to find anybody to take a holistic look at brand 36 and disagree that this could well be their finest work to date.

The red and black of the original 36, now so integral to the streets of Leeds, Harrogate and Ripon, has remained, but now it feels more mature, more refined, and more disciplined than ever before.

The finish of the livery, interior and printed materials is sumptuous. Interior panelling is printed matte, whilst the timetables and other collateral are finished in silk. Even the most occasional bus user, who knows nothing about the brand, the vehicles, the company or indeed the designers could deduce that this exquisite package was put together by a team who are at the very top of their game.

Speaking to Ray Stenning at the launch event, he reflected on the importance and reliance of the close relationship between agency and operator, working together towards a common goal: to create desire.

In addition to the new branding, vehicles and a dedicated team of professionals, 36 has had a spring clean of its route and timetable. The service runs every 15 minutes, 7 days a week, with faster journeys running non-stop between Moortown and Leeds at peak times. Also new are morning and evening journeys to and from Bilton, Jennyfield and Starbeck, providing customers in these areas with a faster route direct into Leeds with no changes. Additionally, late buses from Leeds will now run until 3.15am on Fridays and Saturdays.

In an unprecedented move towards multi-operator cooperation, Transdev have teamed up with First in Leeds to offer a £1 add on to any single, return or day 36 ticket. This means that customers travelling from Ripon and Harrogate can now effectively travel to destinations through Leeds city centre including Elland Road, the University, Royal Armouries and the White Rose Shopping Centre for an extra £1. Transdev are also prioritising the development of apps and contactless payment, to further speed up boarding times and to provide yet more flexible ways for customers to pay their fares.

We’ll leave you with the words of Alex Hornby, spoken passionately during his opening address at the VIP launch event on 21 January. “With buses like these…why would you want to travel by car?”

What do you think of the new 36? Let us know in the comments below, or drop us a tweet – @transportdsn.

Huge thanks to Alex Hornby (@alextransdev) for the invitation to the VIP launch event on 21 January and the chance to preview these spectacular vehicles up close! 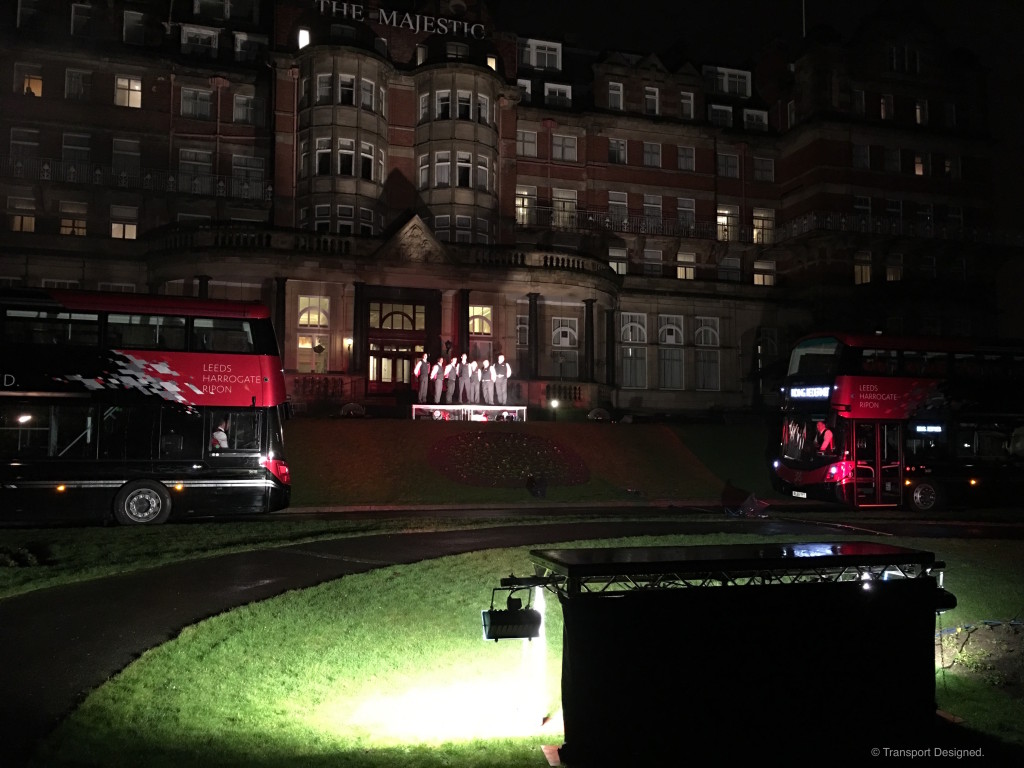 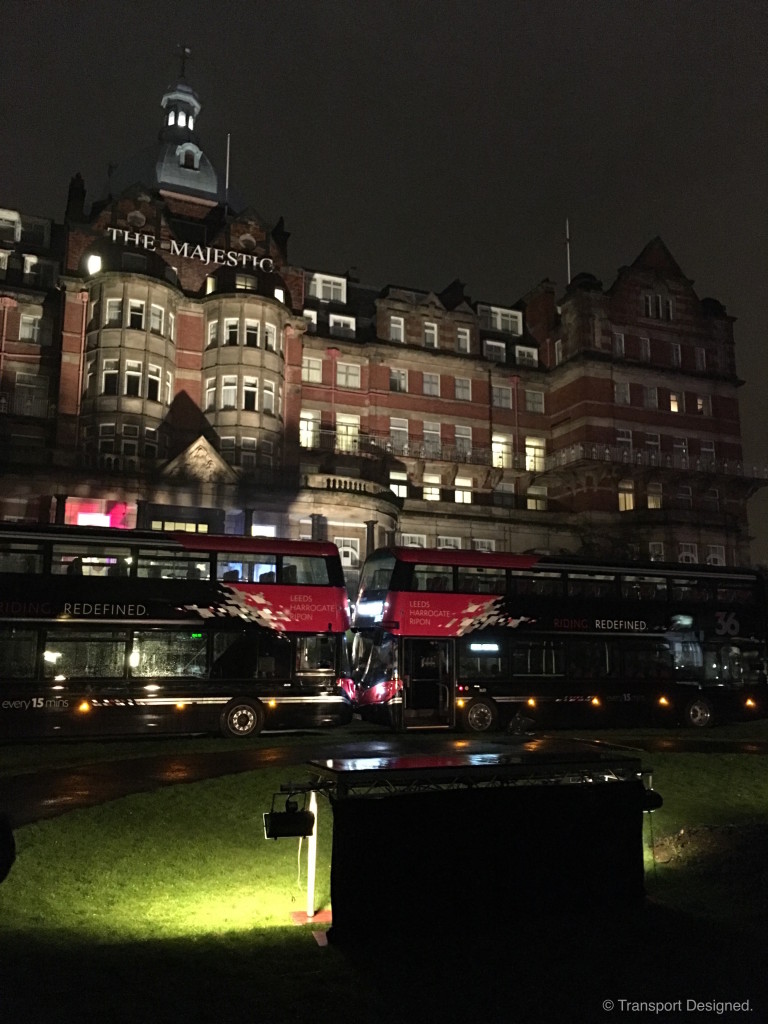 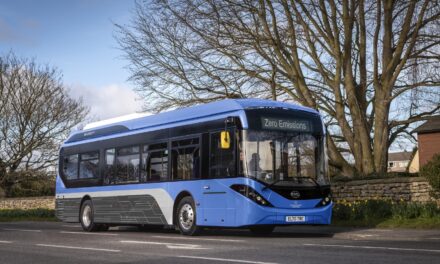