Home > Features > In pictures: every single HST livery, ever

It looks like the end is nigh for the British Class 43 ‘Intercity 125’ HST, with their replacements, the Hitachi SuperExpress ‘IEP’, now entering service in droves.

Built between 1975 and 1982, the Intercity 125 ‘HST’ trains are officially the fastest diesel trains ever produced anywhere in the world, setting a record of 148mph in 1987 which STILL hasn’t been beaten.

They’ve already put in a good, solid and genuinely rather astonishing 40 years of solid service, and during that time, they’ve been painted in many, many different liveries and variations – all of which we’re bringing together, right here.

For clarity, we’re not including allover advertising paint-jobs, small amendments, temporary bastardisations or special commemorative colour schemes here. That would just be ridiculous.

Take a seat, grab a coffee and prepare to engage in some Valenta-powered nostalgia… The prototype HST power cars, along with their rake of Mk3 coaches, were painted in this fetching, modern blue and grey livery, with full yellow ends. The production power cars were first delivered in the Inter-City 125 colour scheme, with yellow wrap-around ends, and this attractive Rail Blue design, cut diagonally with grey towards the back of the loco. In the 1980s, British Rail refreshed the look of their HST fleet, with the introduction of InterCity ‘Executive’. It took the yellow from its predecessor, with a white, now filled-in logo, set on a dark grey base, complemented with a rake of beige and grey coaches accented with a red stripe. Keen to gain a quick identity soon after privatisation, Great Western introduced their green and ivory ‘Merlin’ identity, with 43191 the first power car to receive this bold new colour scheme. Virgin Trains were also quick to roll out their shiny new branding post-privatisation, with the introduction of this striking red and black livery. Originally, the initials ‘XC’ were applied to the logo, but this was removed fairly swiftly. The yellow front extended all the way up onto the roof, too, but Virgin very quickly found this practically impossible to keep clean, thanks to that gigantic, smoke-spewing Paxman engine. The original and deeply attractive Midland Mainline bears all the hallmarks of Ray Stenning at transport design agency Best Impressions. Three curving, orange lines caressed the HST’s curves, sitting on top of a deep teal-green base. Oh, and there was that prancing stag, too. Drool. Affectionately christened ‘fag packet’, by 2002 First Great Western had binned their Merlin identity in favour of this green, white and gold colour scheme, resembling a pack of Rothmans cigs. Perhaps one of the most attractive liveries, not just on this list, but of all time, is GNER’s navy blue with red stripe. Tastefully applied, always immaculately presented – it is quite simply, timeless. And we miss it dearly. A redundant ex-Virgin Trains HST, Network Rail’s ‘Flying Banana’, the New Measurement Train, travels up and down the UK rail network recording data at high-speed. We think it’s fairly obvious how it came by the nickname… First Great Western attempted to graft its corporate bus livery onto the HST fleet in 2003, but it didn’t go well. This was the result. By 2004, the ‘teardrop’ disaster was over, replaced by this much more toned-down livery with a simple fading pink leaf and gold stripe. By 2004, Midland Mainline had put their prancing stag to the sword, and swapped it out for this endlessly more mundane colour scheme. In a bizarre turn of events, Cotswold Rail turned one of their HSTs, 43087, into a life-size Hornby model! Not content with their previous hundred liveries, First Great Western launched yet another livery upon their HST fleet in 2006 – ‘dynamic lines’. It didn’t last very long on the HST power cars at all – little over a year – which is a shame, because it was easily the best of the bunch. And as you’ve probably learnt to expect, First Great Western weren’t content with dynamic lines, either, so it was quickly binned, with power cars being painted in this deep, allover purply-blue – in the same year. NXEC’s grip on the East Coast franchise ended in disaster, but not before they’d binned GNER’s attractive navy blue livery in favour of their excruciatingly dull grey and white colour scheme. The Government’s operator, East Coast, adapted this for their own purposes after the National Express franchise collapsed. East Coast did experiment with their own livery, too – as seen here, embellishing 43299. Open-access operator Grand Central ran a small fleet of buffered HSTs on the East Coast Main Line, adorned in this striking black with bright orange stripe colour scheme. Some were painted in plain black, too, but that doesn’t really warrant its own section here. You’ll have to use your imagination. As far as HST liveries go, Cross Country’s maroon and silver colour scheme isn’t a bad effort! Their stylised ‘X’ is a nice touch, echoing the pointy nose of the loco. Another Best Impressions creation, East Midlands Trains’ colourful, swooping livery is one of the all-time greats. It’ll be a crying shame when (or indeed, if) East Midland’s HST’s finally hang up their hats for the last time. And from one Best Impressions creation to another, it’s Virgin Trains East Coast’s devilishly sexy red and silver livery. The way the original light bar is extended and flared across the bodyside in silver is a masterstoke – and those coaches trailing behind, adorned in diagonal-leaning red stripes, are a sight to behold when you see one at full tilt. You guessed it…it’s yet another HST livery for the Great Western mainline. But you’d have to say, it’s by far the best of the lot – just look at it. Pentagram’s ‘prestigious and straightforward’ visual identity is reflected in the deep green of their HSTs – in fact, it’s an entirely bespoke green, developed especially for GWR and based on the original ‘dark holly green’ used on the first GWR locomotives. The first of Scotrail’s Intercity HSTs are now in service, refurbished and presented in this blue and grey livery, also courtesy of DGDESIGN, evoking the skyline of the seven cities of Scotland. Each set has been extensively refurbished, with new sliding doors on the coaches, and more. In anticipation of them transferring onto the Midland Mainline for further work with East Midlands Railway, LNER repainted some of its HST sets in plain red during the latter part of 2019, earning them a new nickname – ‘flying tomato’. Nine 8-coach HST sets will move to EMR from LNER.

Did we miss any?

If you think there’s something missing from this list, let us know! Drop us a message in the comments below, or tweet – @transportdsn. 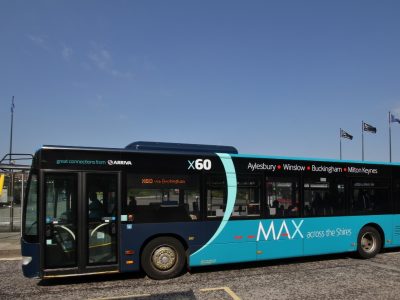 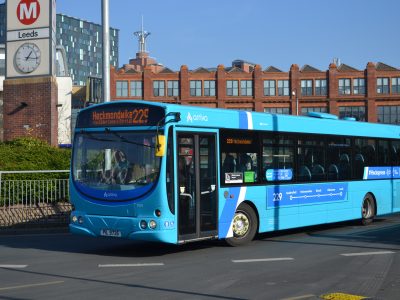 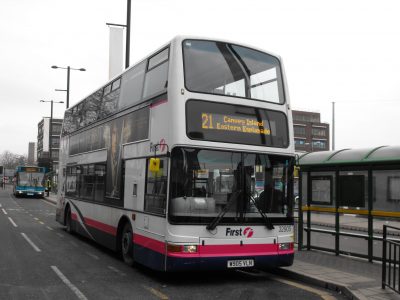 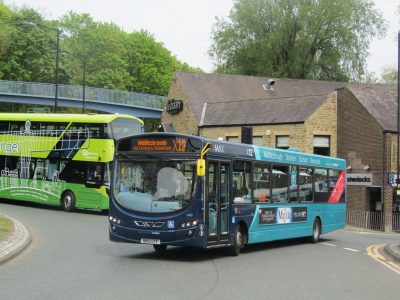