They deliver five-star VIP service every day for thousands of customers on buses across the North of England – and today, they’re enjoying that winning feeling!

After staff from six Transdev bus companies across the North of England voted for their favourites, the winners were rewarded for their pride and passion at Transdev’s third annual Amazing Awards, presented on Thursday 17 January 2018 in Bradford.

Over 130 nominees and their partners attended the awards evening, held at the National Science and Media Museum in Bradford.

The nine winners of the coveted Amazing Awards were each directly nominated by their own colleagues – and selected from a shortlist of the company’s finest teams and individuals.

Lifetime Star – presented to a long-standing member of the team who’s always shown true commitment and dedication. This year’s winner is Alan Hornsby from The Harrogate Bus Company, who joined the company 38 years ago in 1981. Having risen to the role of duty manager, he’s now reinvented himself as the first VAMOOZ school bus driver, making the V36 route linking Ripon to Harrogate’s St Aidan’s and St John Fisher schools his own and earning the respect and support of youngsters on board

Driver of the Year – won by James Moodie from The Burnley Bus Company. James is renowned for his flawlessly smooth driving and eagerness to please customers, including making sure everyone boarding his bus receives a warm welcome – and resulting in a core band of happy customers who love travelling with him on the Witchway, to and from Manchester. 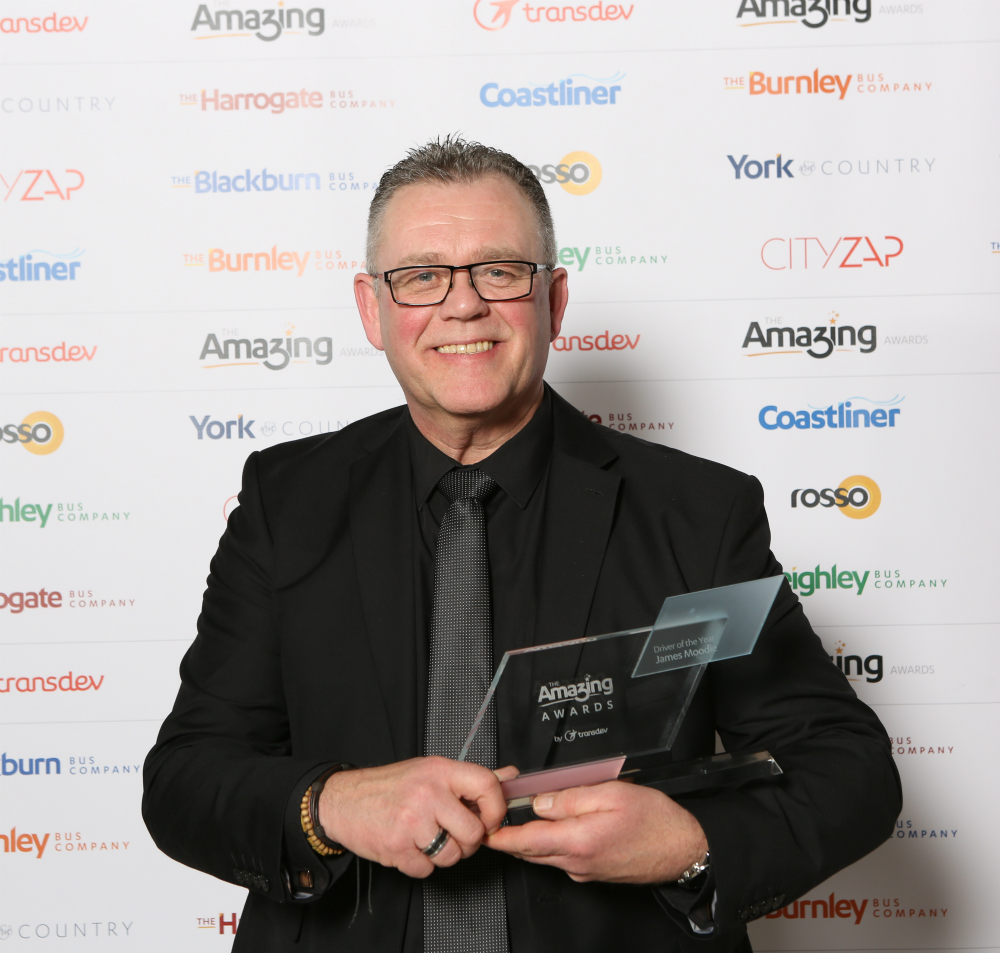 Hero of the Year – given to a person who goes above and beyond expectations to become a true champion, this year’s award winner is Bill MacDonald from The Harrogate Bus Company. Bill was faced with a real emergency on board his 36 bus to Ripon, when two elderly customers fell from his bus as they were boarding, seriously injuring themselves on the pavement. Bill’s quick thinking ensured both were fully looked after, while still getting his other customers to their destination on time

Rising Star – presented to a relative newcomer to the business who’s already making positive waves and displaying great potential. This year’s winner is Frank Stanisauskis from the newest bus company in the Transdev family, Rosso serving Rossendale and Greater Manchester. Frank was chosen for his outstanding work in assisting the transition to Transdev in 2018, and his calm approach in positively adapting to change.

Eco Champion – won by a driver who knows the importance of efficiency, safety and comfort. Presented this year to Robert Harper from The Harrogate Bus Company for his smooth, safe and economical driving, which achieved a perfect 100 per cent score in every area of assessment. The ‘Green Road’ system uses advanced computerised technology to constantly track every bus in the company’s fleet, to deliver a more comfortable journey while improving driver safety and reducing fuel consumption, vehicle wear and tear and accidents

Team of the Year – given to a team whose hard work and dedication to shared success has made an outstanding difference. Presented to The Keighley Bus Company’s Schools Team, who have carefully managed a seamless move to a new depot while constantly providing a top-class service every day to school pupils across West Yorkshire

Engineer of the Year – presented to an engineer who always gives all they can to ensure the buses in their care keep running smoothly, with safety as the number one priority. Given this year to Brian Haworth from The Blackburn Bus Company, a long serving member of the engineering team at the Intack depot, with 40 years’ experience

Depot of the Year – a new award for 2019, presented to Blackburn depot, as the Transdev Blazefield depot with the best overall record in areas such as efficient driving, MOT pass rates, reliability, punctuality and performance

Special Recognition – presented to Rosso’s Phil Harris, for exceptional performance and dedication, in the face of ill-health

Alex Hornby, CEO of Transdev Blazefield, said: “Whether they drive our customers safely to their destination, make sure every bus is safe and reliable, or provide the best support behind the scenes, our fantastic people are at the very heart of our shared success.

“The high standards set by everyone on the shortlist for our third annual Amazing Awards made choosing our winners a challenge, but one I certainly enjoyed and it made me exceptionally proud.

“We believe in three things – employing people who are happy to work with us, serving people who are proud to be our customers, and creating a business which is innovative and successful. Those core values shine through in every one of our Amazing Awards winners – we’re proud to celebrate their passion, performance and pride in delivering an outstanding service, every day.” 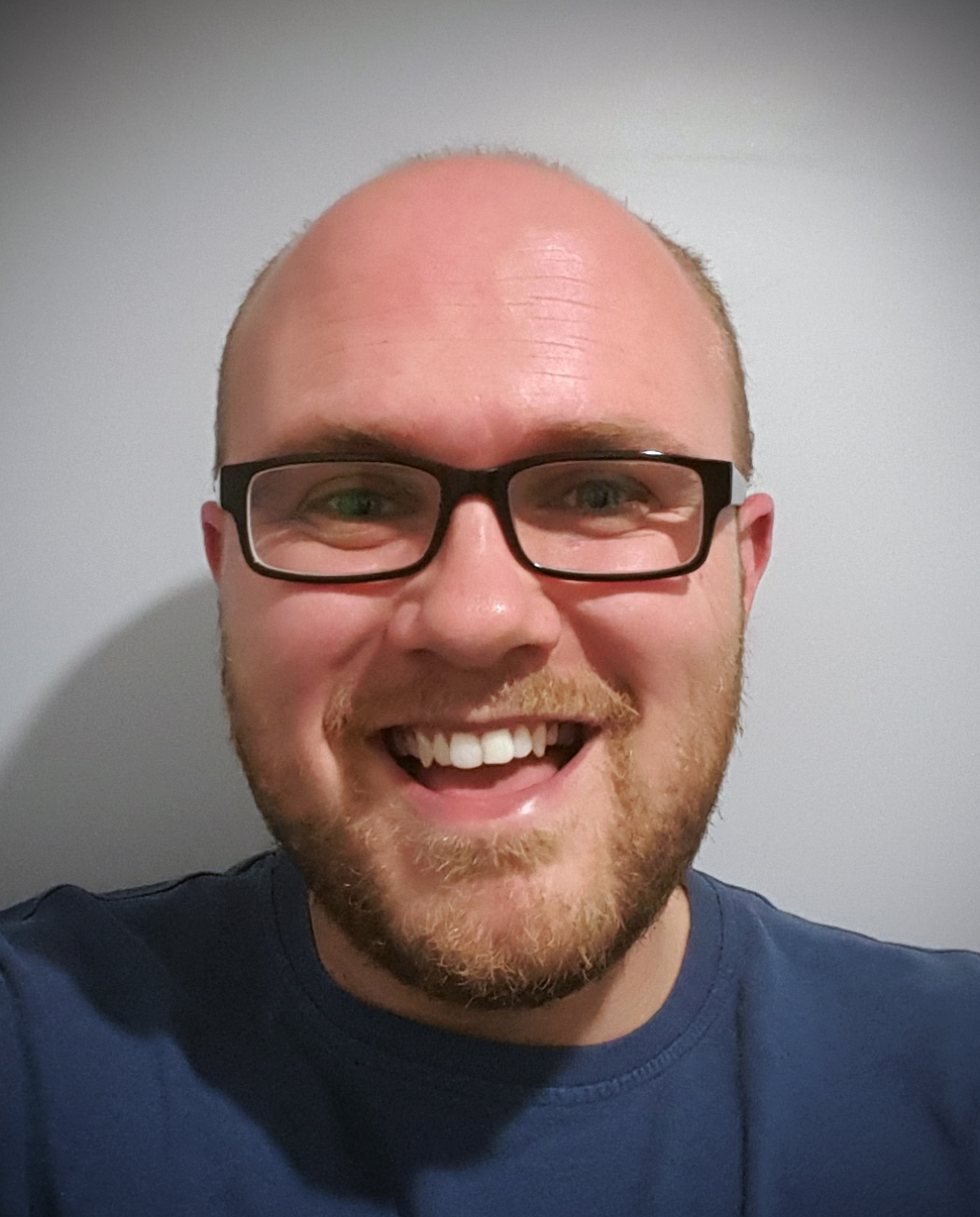