It’s a radical departure from the EYMS of old – gone are the traditional maroon and cream lines, gold leaf lettering and even the name – to be replaced with something softer and much more modern.

Reimagined at the hands of Ray Stenning’s design agency, Best Impressions, East Yorkshire (as it’s now rebranded) features a rolling, curvaceous livery evoking the hills and surrounding countryside of the White Rose county. Indeed, the white rose features in the new logo, replacing the ‘o’ amongst a tastefully crisp sans-serif typeface. There’s a new tagline too, emblazoned across the ‘decker in a swooping, handwritten typeface – we’re all about East Yorkshire…& beyond.

East Yorkshire say ‘it’s an evolution of the existing brand, paying homage to the recent history of the company, whilst modernising the design and signalling the start of a new chapter’.

The two buses unveiled in the new livery are now out and about wearing the new branding, which will sit alongside the older East Yorkshire brand for the time being as the fleet is gradually upgraded and repainted. 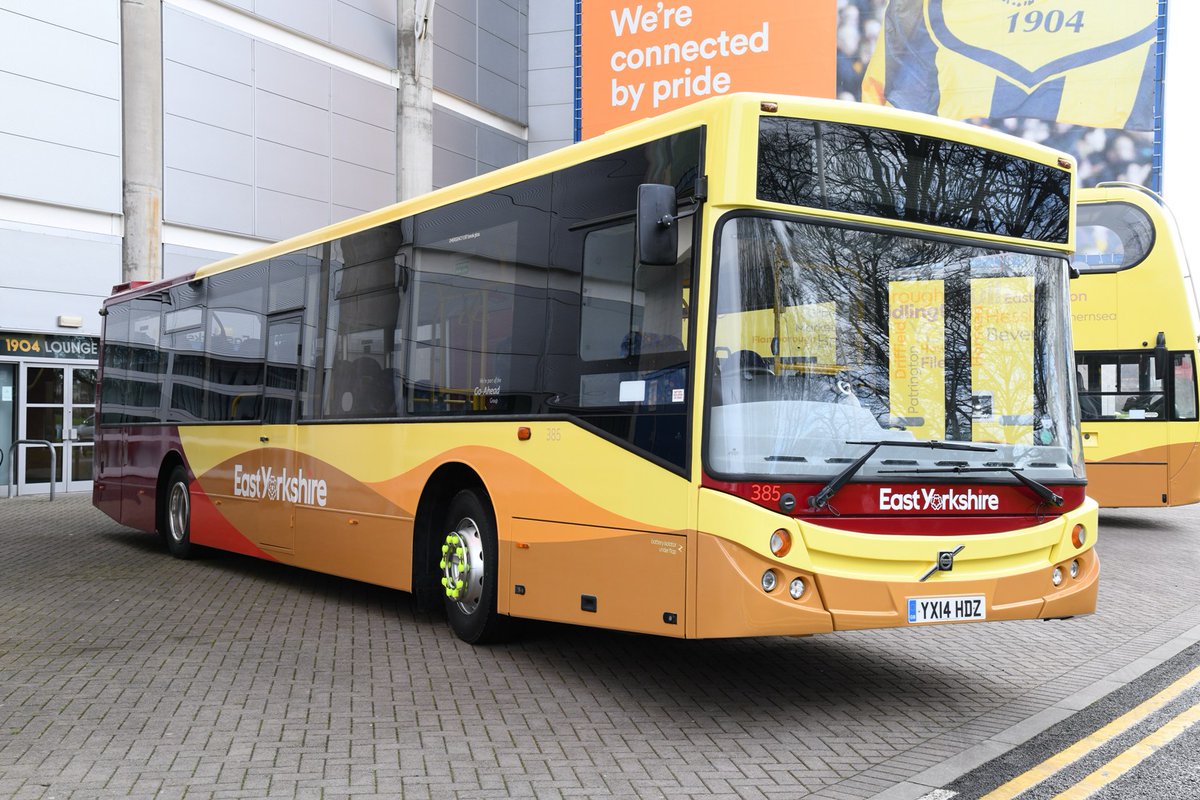 What do you think about Go-Ahead’s new look for East Yorkshire? Let us know in the comments below or tweet – @transportdsn.