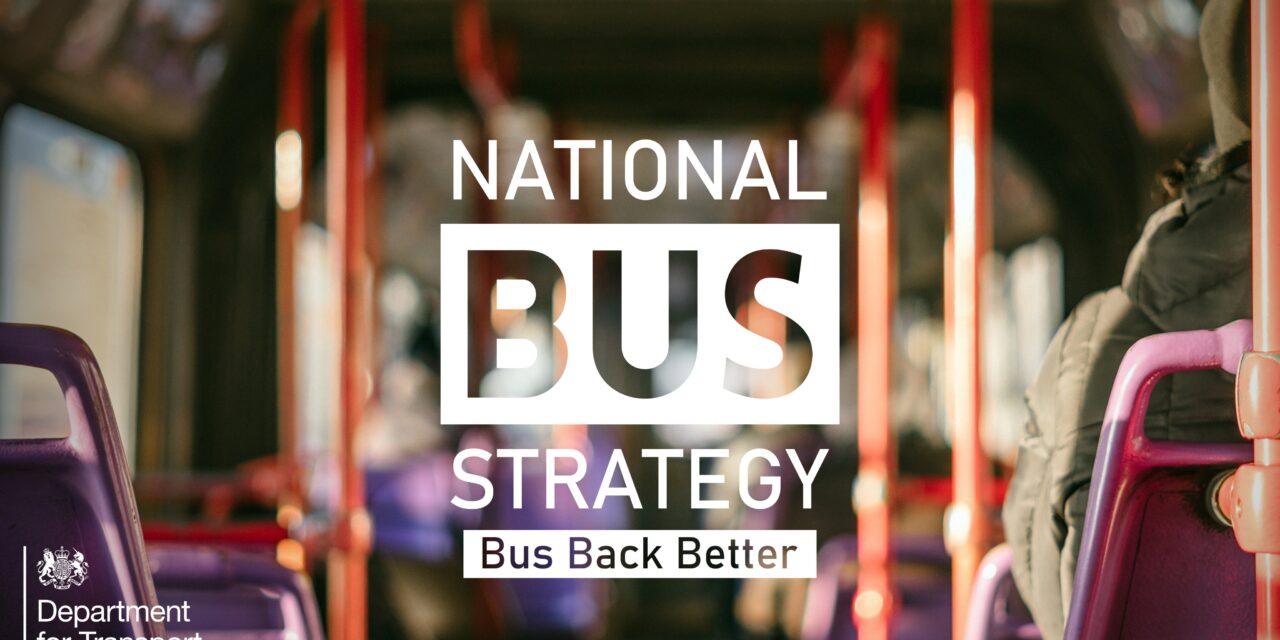 And it couldn’t be more welcome news.

At last, we have a solid platform which puts buses firmly at the heart of our economic recovery in Britain, whilst accelerating overall progress towards zero emission bus fleets. The National Bus Strategy has been described by Boris Johnson as ‘the most ambitious shake-up of the bus sector in a generation’, with the aim of driving lower and simpler fares, ‘turn up and go’ frequencies on core routes, and new demand-responsive services to reconnect rural communities.

I won’t pick apart every aspect of the National Bus Strategy here – other commentators will soon see to that, and in much more considered depth than I possibly can. Instead, I thought I’d jot down a few of my thoughts around some of the inital content and details which I’ve picked up today.

Some early details of what the National Bus Strategy entails have now started to come through, not least an 84-page document outlining the key points of the strategy (available to download here).

There’s a lot of emphasis around placing power in the hands of the local authorities, with LAs being given the backing and funding to pursue new, quality partnerships – or impose franchising where they see fit. I don’t believe that there will suddenly be a rush up and down the country to impose new franchising regimes, beyond what we have seen already from the likes of the metro areas and their mayors – Greater Manchester being a particularly current example.

What I think we’ll see – certainly in the short term, at least – are more progressive partnerships, with bus operators working together with local authorities in areas such as ticketing, fares, timetables, routes and infrastructure to deliver an attractive customer proposition. There are lots of good examples of this in action today, for instance those quality partnerships which already exist in Birmingham, on Merseyside, in York and in the North East. These partnerships could be applied to whole towns, cities or regions, but I think we’ll start to see the emergence (or resurgence) of route-based quality partnerships, where key corridors begin to see new levels of coordination, particularly in the areas of multi-operator ticketing and timetables.

On a personal note, it’s reassuring to see that the government has stipulated that whatever happens in terms of networks, operators should always take the lead in specifying the technical requirements for their vehicles, ensuring that they best meet their passengers’ needs. I firmly believe this is the right approach – a ‘one size fits all’ approach may work in London, but the requirements for vehicles on an interurban commuter route connecting a major town with its nearest city are very different from those for a route which spends 99% of its life trundling around housing estates – especially if we want to attract new customers to our buses, which we clearly do. We need the right buses, for the right purpose.

Integration is at the heart of the strategy

In addition to simpler ticketing and buses running later and more frequently, key to creating a more attractive overall proposition will be integration with trains, trams and other modes of transport.

That means more buses serving rail stations, with timetables designed to encourage onward connections. Again, we can certainly see this in action at the moment – take Transdev’s recently relaunched Otley Dash as an example – but in most cases, this level of integration is driven by the bus operator, with little active cooperation between train operators and authorities. Food for thought: how often are bus companies involved when it comes to planning new train timetables, or upgrades to networks and infrastructure at and around stations?

I think there are clear challenges which need to be addressed in the area of information provision and cooperation between operators – and that’s before we even get started with trains and trams. The National Bus Strategy calls for timetables and maps to be produced reflecting all routes and services within a given area – for instance, in the unnamed ‘seaside town network’ they quote, where there are two operators running competing services, both of whom currently produce their own range of timetables and maps which conveniently deny the existence of the other.

Let’s not beat around the bush here. The vast majority of bus companies operating in Britain’s deregulated market are profit-making enterprises. So long as bus companies are allowed to compete in this way, this will be a perennial issue cropping up time and time again.

Assuming that competition isn’t immediately put to the sword by the LA and is allowed to continue, who will be responsible for producing this information? In a metro area like Greater Manchester, it’s a fairly easy question to answer – the responsibility there will likely fall with TfGM. But what about in areas like North Yorkshire, where operators are presently largely left to their own devices? And if, begrudgingly, we are told that we must now feature our competitors (are we still allowed to use that word?) bus times in our timetables, what happens when they’re inevitably changed without our knowledge and we’ve just had 50,000 copies printed?

I think there will be a need for money to go towards either in-house provision on the part of the authorities, or for a deeper, operator-focussed approach, the likes of which we’re beginning to see forming in West Yorkshire at the moment. Many bus operators (and even local authorities) simply do not have the time, money, staff or expertise to produce their own range of publicity in-house right now – that may need to change fairly swiftly.

At the same time as launching the National Bus Strategy, the government has launched a consultation on the banning of sales of diesel buses, with the date still to be decided.

This, of course, is very welcome news – not least for the air quality in our towns and cities, but also for the UK bus manufacturing industry, which has taken a Covid-related nosedive over the past 12 months. The government has promised to deliver a whopping 4,000 new British-built electric or hydrogen buses, which will be welcomed with open arms. But to my mind, the jury is still out over which form of technology will actually deliver this green revolution.

I’m still convinced that Opportunity Charging – the technology which Transdev have pioneered on their electric bus fleet in Harrogate – has yet to be ‘discovered’ in the UK. It is commonplace tech now in many major (and minor) towns and cities on the continent, but is still largely alien technology here in Britain.

The benefits of OppCharge are staggering. Charging stations are installed at key points along the route, with electric buses zapping fresh juice from the mains at timing points and at bus stations. This technology eliminates the need for huge, expensive on-board batteries and masses of plugin charging points to be installed at bus depots. And the vehicles themselves, as demonstrated with Harrogate’s Volvo 7900ev fleet, are more open, with flat floors and no huge cabinets containing batteries getting in the way and spoiling the experience.

The buses themselves can be utilised much better too, in terms of resource – OppCharge eliminates the need for long layovers and bus stations littered with buses needing to be plugged in at the wall.

Why are we not exploring OppCharge more?

DRT gets a mention

I say ‘gets a mention’ because, alongside the announcement that there’ll be £20million for demand responsive (DRT) schemes, there’s little detail around what this money will actually be spent on – or where, geographically it will end up. Over the past few years, we seem to have had a love-hate relationship with DRT in Britain – we love them, because they’re the ‘in’ thing at the moment, but hate them because they’re fiendishly difficult to market, promote, operate and manage…or importantly, make any money from.

I think it’s fair to say the early ‘modern’ app-based DRT schemes here in Britain were commercially-minded; some with ideas around feeding customers into places where they could transition on to commercial (full size) buses. Others were purely about testing the waters for new markets – places they could eventually end up running bigger buses to, if there was enough pent-up demand. There were psuedo-DRT schemes too, which attempted to replace traditional buses with smaller mini buses running at higher frequencies, with the vision of creating a ‘more personal’ travel experience.

More recently, DRT has come into its own as a partnership-led tool to reconnect rural communities – see the excellent JustGo North Lincs scheme for a recent example of this working in practice. And that’s certainly where the government sees DRT fitting in going forwards with the establishment of the Rural Mobility Fund – I think that’s entirely right, and we can look forward to more innovative schemes being launched in this space over the coming months.

So, there you have it – just some of my early thoughts on what the National Bus Strategy means for our bus industry. There’s still lots of detail to be picked out – I haven’t digested the entire document yet – but it’s great to have a plan for powering our buses into a post-Covid world. I’d love to know what you think, whether you agree with the points I’ve made, or whether there’s anything which has jumped out at you – write in the comments below!

It’s time to Bus Back Better. I’m fully on board.

Take a look at the National Bus Strategy documentation here. 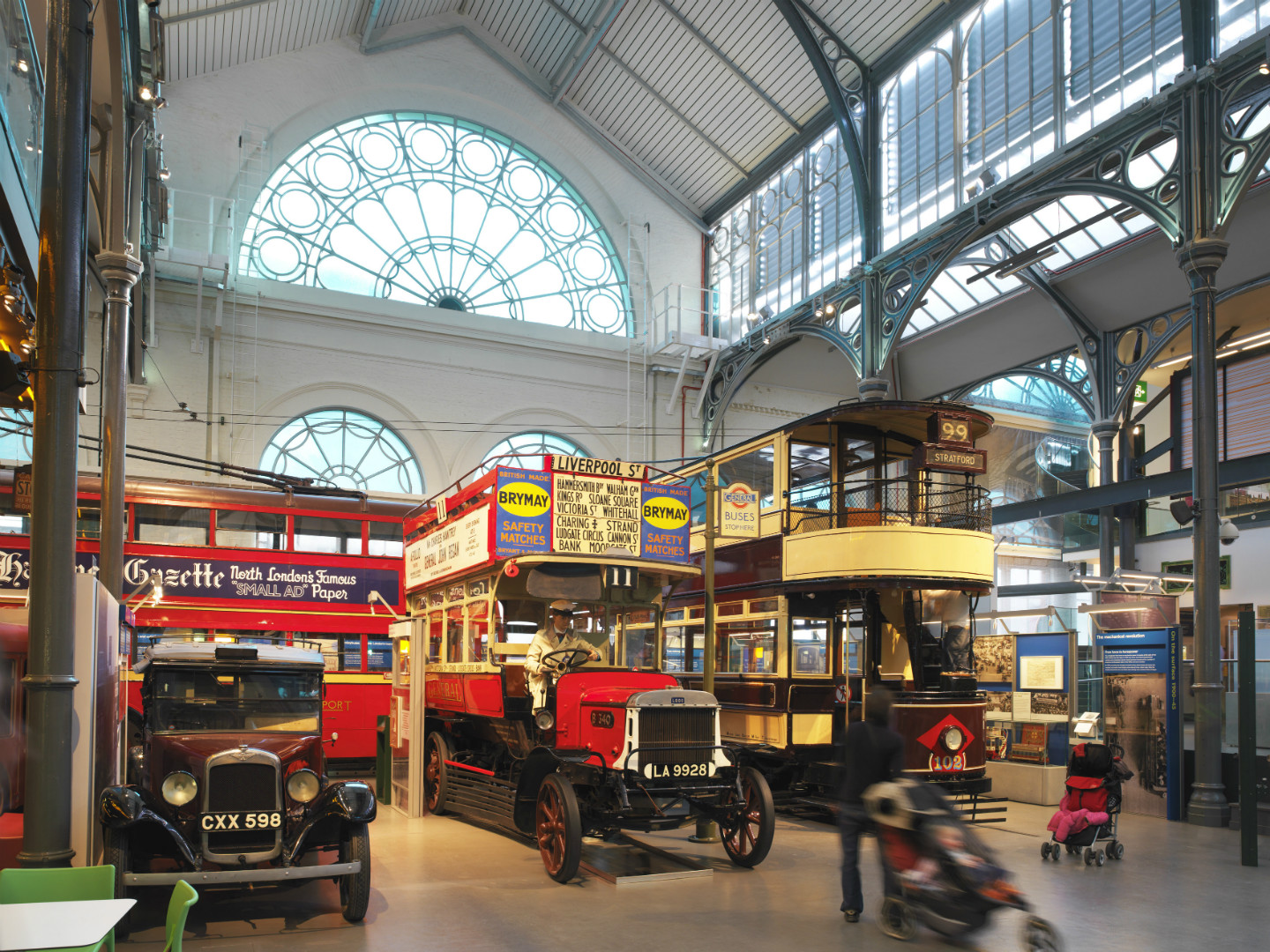