Occasionally, there are times when the UK bus industry seems to take itself too seriously.

April Fool’s Day isn’t one of those times.

Comic relief can be found in abundance on 1 April each year, and thankfully, 2017 proved no disappointment.

Here’s five of our favourite pranks the UK bus industry pulled this year. 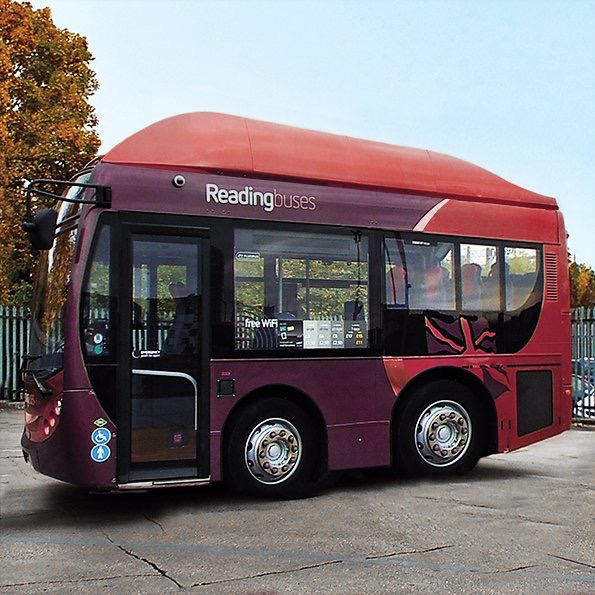 Reading Buses recently received tonnes of press coverage for their trial of Ensign’s 98-seat, tri-axle mega decker, the Chinese-built BCI Enterprise. However, it seems that gigantic buses didn’t go down too well in Reading, and so came the announcement on 1 April of their investment in (presumably) ADL-built microbuses.

Promising ‘sweeter travel’ for the folks of Reading, the buses will ply their trade on new route Plum 31, presumably named because the buses are roughly the same size as the aforementioned juicy fruit.

National Express West Midlands’ entry should win the day purely for shoehorning the word ‘dirigible’ into the accompanying promotion for the launch of their new canal buses.

According to NXWM, the drive-on/drive-off single-decker can take 50 passengers and will power its way to Tipton and back on the under-used Birmingham canal network.

Olaf Prilo (rearrange the letters and see what you get), Chief Envisioning Engineer at National Express West Midlands, said:

“The West Midlands is blessed with more canals than Venice, plus we also have the best automotive engineers here in the region. So we thought we could combine the two to come up with something that will avoid the traffic to get commuters to work more quickly.

“Our new canal-bus is a dirigible. It only uses energy for propulsion, so it’s environmentally friendly and very quiet.

“During the initial trial period, all N-network bus and tram tickets are valid on the canal bus service.”

Prentice take to the skies 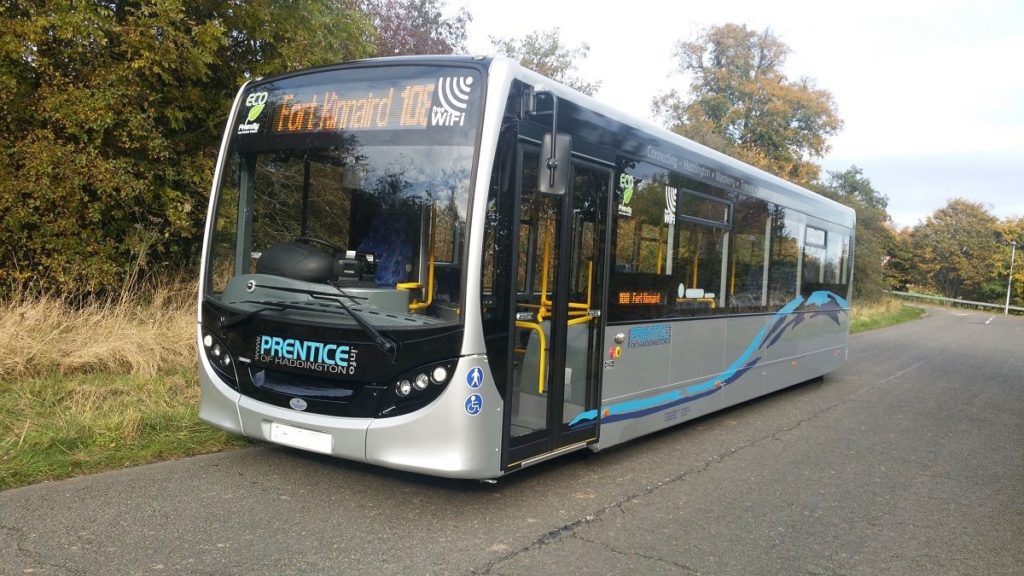 East Lothian’s smartest bus company took the opportunity on 1 April to announce their entry into the newly emerging hoverbus market. Another ADL product, the hoverbus will free up precious road space by taking to the skies on the Haddington to Fort Kinnaird corridor.

Devoid of wheels but featuring free WiFi, USB power on board, comfy seats and eco-friendly (presumably jet) engines, Prentice proudly showcased their newest vehicle in a video on Facebook.

Stanley Travel have chosen today to be one of the first bus/coach operators in the U.K. to trial the new emoji number plate .. pic.twitter.com/3jHyjDrAO3

Possibly our favourite April Fool’s prank for 2017 steals the day, purely for being so topical. An inspired bit of tomfoolery, simple in execution but genius in idea. Stanley Travel announced that they would be amongst the first operators to join the UK’s trial of the groundbreaking new emoji license plate.

Well, with Brexit just around the corner, I guess we really can’t rule anything out…

…and speaking of Brexit… Those seasoned pranksters over at popular industry publication, BUSES Magazine, almost had us for a moment with their ‘bus for Brexit’.

There is uncertainty amongst UK bus manufacturers following the activation of Article 50, signalling the UK’s withdrawal from the European Union. To quash this uncertainty, the UK government has diverted some of the promised £350 million extra a week from the NHS to an ambitious project to resurrect the wartime utility double decker programme of 1942-1946.

The programme sees partnerships established between Optare, Wrightbus and Alexander Dennis to bring to market a range of new vehicles built to wartime standards, including the new ADL Loline X and the Wrightbus StreetCred.

Euro emissions standards are of course, completely irrelevant, something which will be reflected in the final designs for the drivetrains of these Leyland-engined vehicles.

What was your favourite April Fool’s prank – anything we missed?

Write in the comments below, or drop us a tweet @transportdsn. 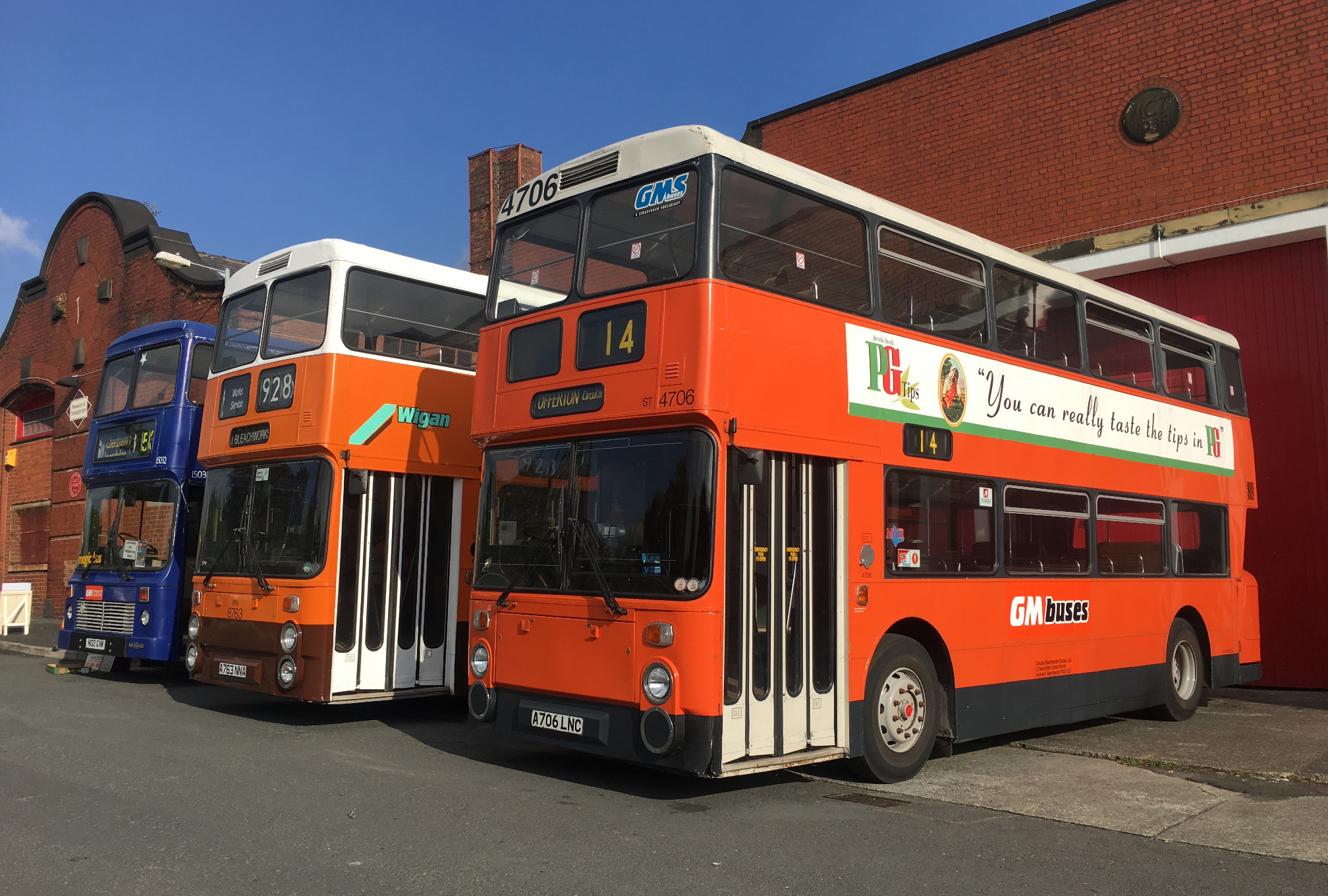