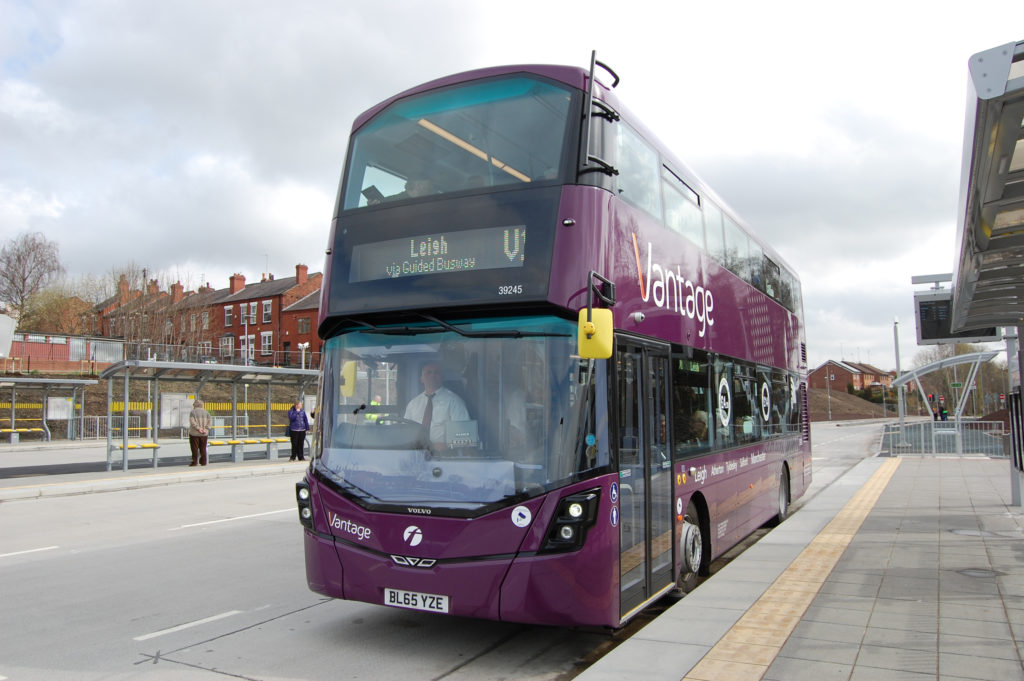 Greater Manchester’s first ever guided busway opened in April, linking the towns of Leigh and Atherton with Salford and Manchester along a 4.5mile-long section of previously disused trackbed.

Launched to great fanfare, despite First’s woeful attempt at ‘do-it-yourself’ branding, the system is now performing impressively. First recently reported over 45,000 weekly users, with almost a million customers carried to date. The busway is Vantage’s trump card over Stagecoach’s competing 34/X34, which uses conventional roads, but as we reported back in April, there’s still little reference to this in the branding or publicity material. 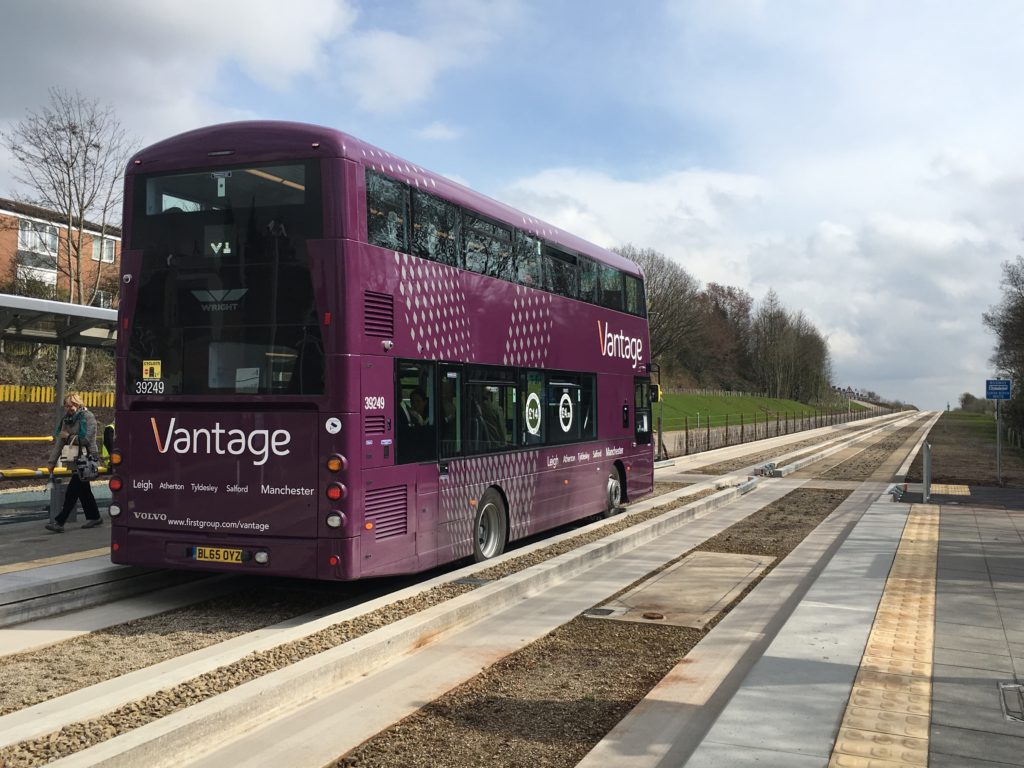 What else happened in April?